Hampton Man Gets Life Sentence And Rambles On For 100 Minutes 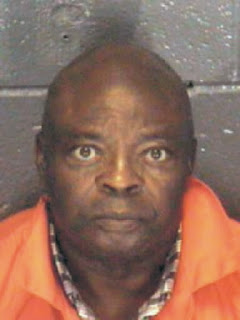 HAMPTON — Just before defendants are about to be sentenced, the judge asks them if they want to say anything.

Most times, defendants opt to say nothing. But sometimes, what follows is perhaps a brief plea for mercy, an apology to the family, or an assertion of innocence.

But John Anya-Onwuka — being sentenced in Hampton Circuit Court Monday for murder in the slaying of his ex-wife — rambled for more than an hour and a half. The hand-written statement began with being in his mother's womb.

A court reporter had difficulty transcribing Anya-Onwuka's words, due to his low tone and thick Nigerian accent. Judge Wilford Taylor Jr. even took a short recess to "stretch."

But after the statement — which lasted from about 4:20 p.m. to just before 6 p.m. — Taylor sentenced Anya-Onwuka, 50, to life in prison in the murder, plus three years for using a knife in a felony in the slashing death of his ex-wife, Gloria Anya-Onwuka, in 2006. The couple was divorced, but lived together in the upscale Farmington subdivision.

"It's the first time I had a defendant give his entire life story at that point in the case," said Anya-Onwuka's court-appointed lawyer, Stephen J. Weisbrod. Then again, he was also the first client who ever pleaded guilty to first-degree murder without a plea agreement.

Deputy Commonwealth's Attorney Anton Bell twice objected to the statement while Anya-Onwuka was reading it. But Taylor declined to stop him.

The Daily Press reporter could not hear much of the statement, but Bell said the gist was: "Everybody was bad, and he was a saint." Bell said Anya-Onwuka never apologized to his ex-wife's family, including her mother who traveled from Nigeria for the hearing.

Weisbrod said he apologized "in a roundabout way."

During Monday's testimony, the victim's brother, Emeka Renner, glared at Anya-Onwuka in court, saying: "I want to know why you did what you did. That was a defenseless woman."

Weisbrod said the statement tends to show Anya-Onwuka is mentally ill. Taylor denied Weisbrod's motion before the sentencing to have Anya-Onwuka evaluated for a third time.
www.wtkr.com
Posted by jmmb at 7:00 AM No comments: