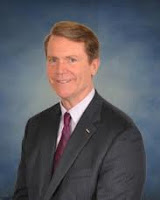 Maryland U.S. Senate Candidate Richard Douglas released the following statement:"By delaying yet again the Keystone XL Pipeline, the elitist and out-of-touch U.S. Senate and the Administration sent a blunt message to American workers:drop dead. U.S. Sens. Ben Cardin and Harry Reid have noconcept of the impact on workers which  follows the death of projects like Keystone.
"At the very moment when Maryland legislators are considering hiking the gas tax and the President himself has acknowledged
soaring fuel prices is an election issue, Ben Cardin comfortably votes the party line at the
expense of hard-working families and those looking for work.

"The fact is the Keystone pipeline is a direct benefit to workers
in Cumberland,Salisbury, Sparrows Point and every
other place in America struggling to maintain a manufacturing-based economy."Richard Douglas on Keystone XL:http://www.youtube.com/watch?v=LuVdZ3-h5Ys