“Maryland desperately needs legislation that will make it a more business friendly state.  Our current business environment does not allow it to adequately compete with our neighboring states,” Delegate McDermott said of his proposed bills. “These laws will help out not only big business, but also small business owners, contractors, electricians and the like.  We need to change the way we think about business in Maryland.”
McDermott’s “Truth in Permitting” bill restructures the way in which local government responds to proposed building and electrical permits. The current system in place doesn’t require the permit review board to specify why a particular permit was rejected, nor does it require the permit review board to review a permit within a “reasonable amount of time.” Delegate McDermott’s proposal will change this process and require the board to indicate exactly what is wrong with the proposed permit within a reasonable amount of time.
“There is a poor system in place today that often fails to tell a contractor what is wrong with their permit,” Delegate McDermott said. “This faulty process results in a back and forth between contractors and architects trying to identify the problem which is often omitted by those reviewing the permit. This adds to the time and money it takes business owners to have their permits approved often resulting in months of lost time.”
Additionally, House Bill 199, or the “Corporate Income Tax-Rate Reduction” bill, will reduce the corporate tax-rate from the current 8.25% to a lower 6%, helping corporations statewide. The reduction will give corporations in Maryland more breathing room, allowing them to operate more freely. It would provide a competitive response to surrounding states with lower rates and incentives.
Likewise, House Bill 26 will require agencies who are submitting regulations to also submit a fiscal impact statement. Currently, when an agency submits a regulation for review they do not have to assess the fiscal impact of that regulation.  The bill will make sure that before any regulations are passed, lawmakers and Marylanders alike have a chance at analyzing how the regulation will impact the economy as well as the state’s budget. The impact of this bill is far reaching and will affect farmers and other businesses across Maryland.
Delegate McDermott’s fourth bill aimed at aiding business will alter the penalty process presently regulated by the Department of Labor and Licensing Regulations (“DLLR”). Currently, the DLLR penalizes small businesses for “non-serious violations” without first giving them a warning. Delegate McDermott’s bill, though, will make sure that a warning is first given for non-serious violations before the DLLR can fine the business owner.
“Maryland needs to be a more business-friendly state and it can start with this legislative year,” Delegate McDermott said. “We have a real opportunity here to do what’s right, to compete with our neighboring states, and to make Maryland a more prosperous, inviting state in which to do business.”

CONGRATULATIONS!!  To PRESTON FORD for 100 years in business!

Preston, Maryland- The Biggest Little Town in the USA

((Oh, I have to smile...How could this be?  100 years!  Surely it has not been that long ago since my cousins and childhood friends played in that area of  Preston Ford years ago when the dealership was on Main Street.))

Over the weekend Preston Ford threw an enormous community birthday bash to celebrate the 100th anniversary of having a Ford dealership in Preston, Maryland.

Just as the Preston Frog had promised the Preston Ford grounds were transformed into an amusement park/carnival setting with everything to enjoy from rides and games, great foods, LIVE music by  Mikes Hines & The Look and the one and only Kentavius Jones!!!

The weekend closed  with the big bang celebration of fireworks on Saturday night!

HOW DID I MISS THIS!!

In the year 1913 Joseph J. Garris opened the first Ford dealer in Preston, MD and it was called Preston Auto Agency.  He eventually built the a new building on Main Street in Preston and that is where it stayed until destroyed by a fire in February of 2000.

In 1935 Garris sold the Ford Dealership to Mr. M Heber Lane and Frank Brauchle, the name was changed to the Preston Motor Company. In 1975 M. Heber Lane sold the dealership to Frank Showell and Robert MacDonald, the name was changed to Preston Ford Inc.  The current owner of Preston Ford Inc. is Dave Wilson and the dealership has grown to be the Preston Automotive Group selling more than just Fords.

Although there are other brands sold at the dealership, it all started with Ford and that is what is being celebrated, 100 years of it!
Source:

HISTORY OF THE PRESTON FROG 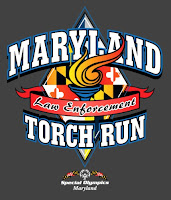 
On June 3, 2013, Ocean City Police participated in the Law Enforcement Torch Run in support of Special Olympics Maryland. OCPD joined law enforcement agencies from all over Worcester County for this great cause.

BUSTED!! OCPD and Worcester Co. Sherriff Crack Down On Drugs 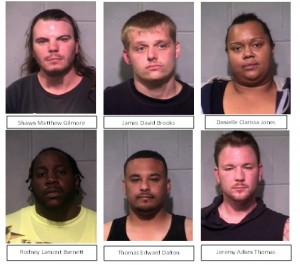 Citizens are encouraged not to buy, use or sell illegal drugs in Ocean City and Worcester County. Police remind citizens that undercover officers will be actively ensuring the safety of residents and visitors this summer on the boardwalk and throughout the town of Ocean City. 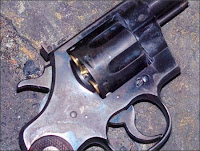 Officers from the department were on hand to collect any handguns, rifles, ammunition, BB Guns or other dangerous weapons from the Pocomoke City Community.

Chief Kelvin D. Sewell announces that Pocomoke City’s event was a success and thanks the Pocomoke City Community for taking steps to ensure the welfare and safety of our residents.

Delegate Mike McDermott:  "After the 2013 session, many people are asking "What's Next" - here's my response."

Twitter: www.twitter.com/Del_McDermott
Posted by jmmb at 7:00 AM No comments:

~Update on Gun Bill-From the Hearing~ 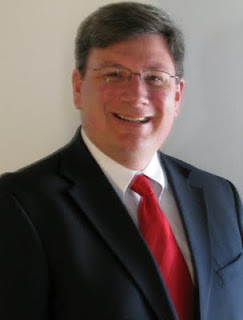 By Delegate Mike McDermott
(Annapolis) The House Joint Hearing on HB-294, the Governor’s Gun Bill, continues on into the night and is passing 8-hours of testimony at the time of this writing. Well over a thousand signed up to testify against this bill and only a very few testified in favor of the bill. In fact, except for the “professional” panels that came in support of the governor (about 20 people), everyone else has been opposed.

There have been a few good exchanges with some of those who
have come in to testify. The governor skated today and did not respond to questions as he had surrounded himself with a large panel providing insulation and the right questions were not asked.

The Speaker and Chairmen running the joint committee simply did not allow many questions and he quickly escaped out of the chamber and away from questions.As of 8:00pm, there were still over 600 hanging around to
testify against the bill. Sheriff Lewis joined several other Sheriff’s from around the state and provided passionate testimony before the committee in defense of the 2nd Amendment. In fact, we heard from many in law enforcement who stood with the people’s right to defend themselves as they see fit.
We heard from Beretta Arms who strongly indicated that they
would look seriously at moving from Southern Maryland to another state. This echoes what we have heard from other manufacturers of firearms in Maryland. Beretta alone would mean over $400 million to our state coffers.

It was nice to see Worcester State’s Attorney Beau Oglesby
in attendance as well. It seems the only support the bill had was from inside the beltway. We will be going well into the early morning hours and may well need to come back later in the day on Saturday to insure that every Marylander who wishes to be heard on this issue is heard.
Posted by jmmb at 10:05 PM 6 comments: 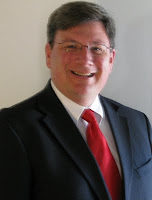 
‘HB 837 -- Protecting Maryland’s Farm Families’
(ANNAPOLIS) -- “The farming community plays an important role in our state’s economy. Since farmers are particularly vulnerable in these difficult economic times, we should not hesitate to ease their burden wherever we can, and stave off the frivolous environmental lawsuits taken against them.  HB 837 seeks to do just that,” declared Delegate Michael McDermott (R-Worcester and Wicomico Counties).

“The traditional family farm is a recognized heritage and treasure,” stated Delegate McDermott, “and farmers have proven themselves to be the original conservationists, continuing a strong tradition of protecting natural resources.” But a farm family today of limited means can find itself in court up against a multi-million dollar environmental group with endless resources at its disposal. As the cost of attorney fees runs up, the expense of the litigation alone can crush a farm into bankruptcy, regardless of its culpability in the case.

Under current law, a federal court can award legal expenses on behalf of a farm cleared of a clean-water regulatory violation, but no such recourse is available for a case in the state courts.  HB 837 (Family Farm - Prevailing Party - Attorney’s Fees and Expenses) allows a court to award reasonable attorney’s fees and expenses to a family farm  that is sued for causing water pollution but is successful in the case outcome.  This law would cover cases similar to the one that was brought against the Hudson Family Farm.  In 2010, the University of Maryland Environmental Law Clinic, the Assateague Coastkeeper, and the Waterkeeper Alliance filed a suit against Alan and Kristin Hudson, alleging that the farm’s operations were polluting Maryland’s waters.  In December 2012, the judge ruled in favor of the Hudsons, since there was insufficient evidence to show that their farm was the source of the pollution.  However, the Hudsons now face $3 million in legal fees and expenses.

The bill does not apply to local governments and does not undermine their authority and duty to enforce local environmental laws. It does however, protect farms from spurious suits by putting the burden of paying legal expenses on the prosecution.

Yesterday HB 837 was heard in the House Judiciary Committee.  Both the Maryland Farm Bureau and Delmarva Poultry Industry voiced their strong support for the bill.  HB 837 has not yet received a vote from the Committee.

“Sadly, this is something that Maryland has never had to contemplate before, but today we must take action to insure that our future farmers will have the hope of carrying on their family legacy.  The time has come to stand up and draw a line in the sand.”  said Delegate McDermott.
Posted by jmmb at 7:05 AM No comments:

RE-EDITED/ From "Why Do We Kill" - Episode Three

"The Five Women Who Died" 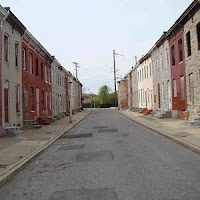 Based on the book "Why Do We Kill"
Written by Kelvin D. Sewell and Stephen Janis

When is one life, worth more than another? T
hat's the question Baltimore faced as the bodies of strangled women were found strewn across the city during the summer of 2008. In roughly four months, five women died, all strangled, all victims discarded in back alley's and side streets of West Baltimore. Among the victims, Nicole Sesker, the daughter of Baltimore's former top cop, Leonard Hamm.

The killings spurred speculation that a serial killer was targeting prostitutes, and shortly after the last victim was found, a man was arrested who had indeed strangled two women and nearly killed another. But what happened after the arrest, and how the cases were handled, revealed just how treacherous life is for the city's  poorest, and most vulnerable.
Why Do We Kill? EP3 "The Five Women Who Died" from Why Do We Kill? on Vimeo. 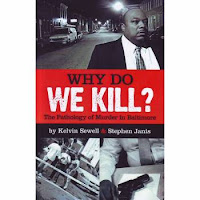 
Here are the links to episode one and two if you would like to review them.  There is no word yet on when these videos will become a television show nor what the viewing area will be.

But in the meantime, in order to gain some insight on how Chief Sewell was able to make such a difference in Pocomoke and why he feels the way he does about community policing you need to read the book.


"Because in a sense being a police officer seems right when you're part of the community you serve.  When the people you are sworn to protect are a part of what you do, it's easy to put on the uniform, in fact you look forward to it."
- Pocomoke City Police Chief  Kelvin D.  Sewell -