Jelly Fish In The Inner Harbor Is A Sign Of Drought

Inner Harbor's no place to swim anyway, but now you can add another reason not to go in the water downtown: jellyfish.

Softball-sized, milky white and bell-shaped, with long tentacles trailing, the gelatinous animals could be seen moving slowly about Thursday in the murky water by the Constellation.

Scientists identified them as Chrysaora quinquecirrha — the most common of sea nettles in the Chesapeake Bay. Usually, though, they hang out farther south, where they sting unwary bathers and swimmers.

But the researchers said the lack of rainfall this summer likely triggered the harbor invasion by making the water here just salty enough to attract them. It's been abnormally dry on both sides of the bay, according to the U.S. Drought Monitor, with moderate to extreme drought gripping the western end of the state and the lower Eastern Shore.

"What apparently has happened is that the optimal salinity range has shifted up the bay," said Raleigh Hood, a biological oceanographer at the University of Maryland's Horn Point Environmental Laboratory near Cambridge. "Normally, down here, we're sea nettle heaven."

Hood said he's not surprised by their northward migration this year. He and Christopher Brown, a scientist at the National Oceanic and Atmospheric Administration, developed a system for predicting and mapping their abundance and spread, based on a variety of factors like water salinity and temperature. The computer model shows little likelihood of finding nettles in the Patapsco River, but it does show that salinity levels in the harbor and just outside it are elevated now, right around what sea nettles find most comfortable.

"They're happy as clams in that range," Hood said.

Sea nettles can be found year-round in the middle and lower bay and its rivers, from around Annapolis south, according to the Chesapeake Bay Program's field guide. They're at their peak in July and August, typically in the moderately salty middle of the bay, according to Denise Breitburg, senior scientist with the Smithsonian Environmental Research Center in Edgewater. But they can remain abundant as late as October, she added in an e-mail.

While the harbor influx of sea nettles is just one more weather-related oddity in a year of extremes, it's hard to say whether it has any broader relevance, Hood says.

"Global jellyfish populations are increasing," he explained. "That's a pretty good indication the world is going out of kilter." Some have attributed the jelly surge to global warming, others to the degradation of coastal waters worldwide.

Here in the Chesapeake Bay, though, it's not clear whether sea nettles are increasing or declining, Hood said. The average water temperature has increased slightly — possibly an indication of climate change — and water quality generally is considered poor throughout much of the estuary.

But Breitburg, who's been studying the bay's jellyfish for years, found that sea nettle densities have actually declined since the late 1980s, according to an article published last year by the Maryland Sea Grant program. She suggested that the dropoff may be related to the swoon of the bay's oysters, despite the bay's pollution and signs of climate shift.

Jellyfish lay eggs in the water, which settle to the bottom and attach to hard surfaces like rocks, pilings and oyster shells. But as oysters have dwindled, their shell-covered reefs have been smothered in silt, depriving jellyfish polyps of places to spend the winter.

Even if the numbers are down a bit, there are still plenty out there to nail folks who spend time in or on the water.

"I got stung by one just the other day," Hood said. "It's annoying but not life-threatening, unless you're allergic to it."

Of course, that shouldn't be an issue in the harbor — Baltimore health authorities warn against swimming there because of potentially disease-causing bacteria in the water.

But the ghostly looking nettles are safe to watch, as long as you stay out of the drink. And if it's any consolation — or motivation to get out to see them — this is likely their last hurrah. The nettles farther south are already starting to die off, reports Breitburg, and these will, too, once it rains enough to lower the salinity level again, or it gets colder. 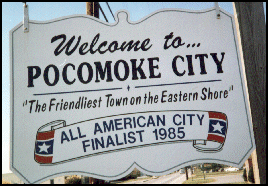 POCOMOKE CITY -- The Pocomoke mayor and council agreed to additional work on the sewer plant upgrade that will change the way that the town's sewage is disinfected before it's released.

Presently, the sewage is disinfected by the addition of chlorine. When the new system is completed, waste will be treated with ultraviolet light. City Manager Russell W. Blake said that this system will not only be less expensive for the town but will be safer, too.

The state is urging towns to use a method of disinfectant other than chlorine so that the chemical can be eliminated from the Chesapeake Bay, Blake said.

Once the new plant upgrade is completed, Pocomoke City will have a "state-of-the-art plant, as good as or better than any on the bay," Blake said. He said that the Pocomoke City system is one of 33 plants in the Chesapeake Bay watershed governed by a stricter set of regulations. The costs of the upgrade should be almost 100 percent covered by state and federal grants, he said.

An additional bandstand at Cypress Park is another town project expected to be covered by state funding. The addition is planned to include restrooms and a concession stand for use during functions on the bandstand.

Blake said plans include a sound system on the bandstand that would require the town to purchase an amplifier, microphones and speakers as well as other equipment. B&B Sound Design proposed to supply the system at a cost of $8,633. The expenditure was approved by the council and is also expected to be covered by state funding.

Another project in the pipeline is an addition to the ambulance garage. The town has three ambulances but only has space for two in the headquarters building. The addition would make room for the third ambulance as well as extra room for storage. The cost of this building would be about $100,000, of which $50,000 will be covered by a grant. 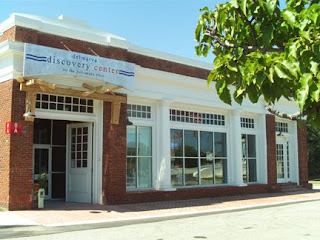 "The Eastern Shore is full of culture and heritage. Come listen to author Dan Parks as he shares insight into the local culture from his personal historical investigation from his own family history. Mr. Parks has written a book titled “Chesapeake Winds and Tides: Journeys among Eastern Shore island, rivers and communities.”

A retired educator, Don Parks is a native Eastern Shoreman who has lived along the banks of the Chesapeake for most of his life. His father was a waterman and Parks spent a great deal of time during his formative years learning the many moods of the Chesapeake. Never without a boat of som e description, Parks enjoys roaming around the Bay and its tributaries in his current boat, Yankee Rover. He currently resides in St. Michaels."

Cold waters and a license buyback program will likely keep most Virginia watermen out of Chesapeake Bay for the start of blue crab season.

The season opener today is the first since hundreds of watermen surrendered their licenses under a $6.7 million federal buyback program intended to ease pressures on the bay's signature catch.


Regulators in Virginia and Maryland have also shortened the crabbing season, created sanctuaries and ended the century-old practice of raking up pregnant hibernating crabs from the bay's bottom, which had a high kill rate.


Ken Smith of the Virginia Watermen's Association says he doesn't expect many crabbers to begin working the waters until the bay warms.