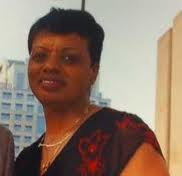 Derrick Demond Epps of Exmore was sentenced Friday in Northampton Circuit Court in the murder of Sharone Bailey of Exmore.

Bailey, a well loved and respected mental health worker came home for lunch on July 9, 2010 and was repeatedly stabbed by Epps, who was also her neighbor.  After being stabbed Mrs. Bailey fled to a neighbors home where Epps followed her and stabbed her again.   She died following the attack.  Epps claimed he "heard voices."

Epps was convicted of 1st degree murder and declined a trial by jury.
In his sentencing Epps received 53 years for 1st degree murder, 10 years for breaking and entering and 2 years for assaulting a police officer.  Out of the total of 65 years 15 of them were suspended.
At 38 years of age, Epps will be 88 years old when he is released from prison.
Posted by jmmb at 7:00 AM No comments:

WBOC
EXMORE, Va. - A man could face life in prison for the fatal stabbing of a community leader in Accomack County.
According to court documents, Derrick Epps, 37, pleaded guilty Tuesday to first degree murder of mental health worker Sharone Bailey, among other charges. A bench trial had been scheduled for the July 2010 crime.
Commonwealth attorney Bruce Jones says Epps had been evaluated by mental professionals to stand trial. Jones explains Epps had "developed an idea that the Baileys owed them cash," and confronted Bailey during her lunch break at her Exmore home.
A sentencing hearing has not yet been set on the Eastern Shore of Virginia.
Source;  http://www.wboc.com/story/15069045/accomack-co-man-pleads-guilty-to-2010-murder-of-beloved-woman
Posted by jmmb at 7:20 AM No comments: