ACCOMAC -- The Eastern Shore of Virginia 911 Center staff successfully faced an unusual emergency situation the evening of Dec. 27, when it was contacted to provide assistance in landing to a pilot in distress over Accomack County.

The emergency situation was further complicated by the recent snowstorm. It was a time in which a caller was assisted and no local fire trucks or ambulances were called.

Flournoy said at 9:30 p.m. last Monday, the 911 center received a call from the pilot of a Cessna 150 airplane requesting assistance to land his airplane after he experienced an electrical failure losing lighting, communications, and navigation equipment functionality while flying from Norfolk to Atlantic City, N.J.

The situation was dire, Flournoy said. "He told me he has a flashlight in his hand, looking at a map," Flournoy said of the pilot.

After contacting several airports for an "open and available runway," one was located at the Salisbury Airport in Maryland and the plane landed safely at 10:18 p.m.

Working with multiple agencies, the communications officers at the 911 center remained on the telephone with the pilot until he safely landed.

Flournoy recognized 911 staffers Susan Linton, Krista Kilmon, Ashley Mapp, Rudy Hudson and Tonya Taylor, all of whom had a role in the successful landing.

He said his staff handled the call with a great degree of skill -- it already was busy with the snow-related vehicle incidents.

"We were handling all the numerous calls from the snow and its aftermath and during that time, this call came in and involved us making a lot of phone calls and bring committed to this pilot."

In addition to locating an available runway and working to keep contact with the pilot, which was lost at times and then regained, the 911 center staff's assistance included providing the estimated distance to the airport, wind check information, and even contacting his family during the incident and just after the incident to report a safe landing.

The center report said they process thousands of 9-1-1 calls each year, but "9-1-1 calls from pilots flying an airplane are rare."

Sirens To Sound In Worcester County

On Jan. 1 Worcester County emergency alert signals are scheduled to sound from area fire sirens at 10 a.m. A steady alert tone will sound for approximately one minute.

In the event of an actual emergency, the sirens would be used as additional means to warn the surrounding communities of imminent danger and the need to tune to either radio, television or the Internet for information. 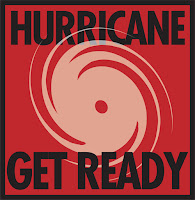 
With the hurricane season upon us the Commonwealth of Virginia has announced their annual sales tax holiday for purchasing hurricane and emergency preparedness equipment. During this week you can stock up on supplies that will be needed during the hurricane and flooding season. It's also a good time to add to you family first aid kit.
Many of these items are less than $60.00. Please take advantage of this sales tax holiday so that you and your family will be prepared. We have been so very fortunate in the past years but let's not let our guard down. Be prepared and don't wait until the last minute!

Shop for items on this list that have a sales price of $1,000 or less:

Participating retail outlets will have information about the upcoming Virginia tax holiday.

For more information, go to www.tax.virginia.gov/salestaxholiday.

For information about getting ready for hurricane and flooding season in Virginia, visit http://www.readyvirginia.gov/.