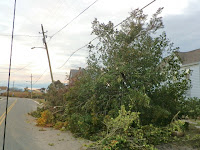 “I am disappointed that residents of Accomack County will not receive the federal disaster relief they desperately need in the wake of Hurricane Sandy,” said Governor Bob McDonnell. “I personally visited the county in the days after the storm and met individually with a number of citizens who suffered severe flooding and damage from the storm. They need federal help.

Unfortunately, that help has not been approved. We will continue to look for all ways by which to help our fellow Virginians in need.  One means is through donations to the Virginia Disaster Relief Fund, and I encourage Virginians who want to help the residents of Accomack to use the fund to get involved and help out.”


The federal Individual Assistance Program would have made funding available to homeowners, renters and businesses in the form of low-interest loans and grants, unemployment assistance, disaster housing assistance and crisis counseling.

The Virginia Department of Emergency Management will make a recommendation to Governor McDonnell on whether to appeal FEMA’s denial or to apply for disaster assistance from the Small Business Administration.

Tax deductible donations to the Virginia Disaster Relief Fund may be made at https://payments.vi.virginia.gov/donatenow.


– Individual Assistance for those in Accomack County Remains under Consideration – 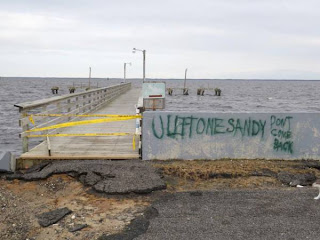 RICHMOND-Governor Bob McDonnell announced today that his request for federal disaster assistance to help local and state governments recover from the impact of Hurricane Sandy has been approved by President Obama. Assistance for individuals in Accomack County also was requested by Governor McDonnell and is still under consideration.

FEMA's Public Assistance Program makes funding available to reimburse state and local governments for costs associated with response and recovery efforts, such as debris removal and related emergency services, as well as the repair or replacement of disaster-damaged facilities.

"I thank President Obama for his prompt decision to grant federal disaster assistance for local and state governments. This action will go a long way toward reimbursing local governments for their costs," said Governor McDonnell. "I encourage FEMA to take a close look at the situation in Accomack County where a disproportionate number of citizens were affected by Hurricane Sandy and to move to approve individual assistance for them as soon as possible."

Emergency management officials at the state and local levels have been working with volunteer groups to assist people who suffered damage from Hurricane Sandy. Homeowners and renters should report damage to their local emergency management officials, who may be aware of volunteer groups in their communities that are actively assisting with clean up and repair efforts.

This funding source helps local and state governments take actions to reduce the impact of future disasters, such as elevating homes in flood zones, flood-proofing businesses and other measures.