WMDT 47 News - Maryland State Police say they have been notified that the body found in Somerset County Sunday is that of missing Wicomico County teacher, Alice Davis.


The Office of Chief Medical Examiner in Baltimore, confirmed her identification through dental records. A cause of death has not yet been determined, however officials say there is trauma to the body and that further forensic examinations and tests are being conducted.


Her body was found in the woods Sunday, about a quarter-mile from Loretto Road in Princess Anne. This is on the property of the House of Jacob Church and police say the church goers were in the area and unexpectedly spotted it and called 911


Davis was an English teacher at Parkside High School, where she has worked since 1983. She was reported missing on September 4. Last Wednesday the prime suspect in her disappearance, her husband, Jess Davis took his own life.


The investigation is ongoing.

Source;  http://www.wmdt.com/story/15444999/breaking-news-body-identified-as-alice-davis
Posted by jmmb at 7:51 PM No comments: 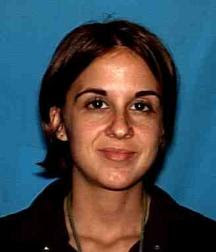 Douglas Stewart, whose Newport News property was searched earlier this week in connection with his wife's disappearance in Michigan, has left Virginia.

Lt. Mike Risko of Michigan State Police said Stewart has left his apartment on West Avenue in Newport News and returned to Michigan.

His wife, Venus Rose Stewart, has been missing for two weeks. Douglas Stewart has not been named as a suspect, but investigators searched his home and vehicles earlier this week and found possible evidence – a substance that might be blood in his truck, and a receipt from a store in Ohio indicating that he purchased a tarp, a shovel and work gloves the day before his wife disappeared.

Venus Stewart, 32, went missing from her parents' home in Colon Township, Mich., on April 26 and is believed to have been abducted.
www.wtkr.com
Posted by jmmb at 7:15 AM 1 comment: