Pilots Exempt From Some Security Screenings 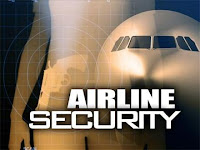 Beginning Friday, pilots traveling in uniform or on airline business will be allowed to pass security by presenting two photo IDs, one from their company and one from the government, to be checked against a secure flight crew database, the TSA said.

The Obama administration's retreat on screening pilots comes less than a week before the hectic Thanksgiving holiday travel period. Some travelers are threatening to protest the security measures by refusing to go through the scanning machines. Airlines are caught in the middle.

"This looks good. It's basically what we've been after for 10 years," says Sam Mayer, a spokesman for the Allied Pilots Association at American Airlines, the union that raised objections to the new screening process about two weeks ago. "Pilots are not the threat here; we're the target."

Pilots have also argued that it made no sense to subject them to the same screening process as passengers since they control the plane. If they were intent on terrorism, they could crash it and the scanners wouldn't provide extra safety. 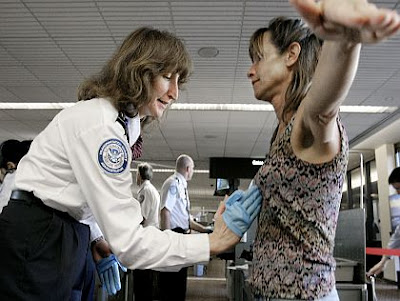 TSA offered few details about the specific changes in screening of pilots, which expands a program tested at airports in Baltimore, Pittsburgh and Charlotte, N.C.

"Pilots are trusted partners who ensure the safety of millions of passengers flying every day," said TSA Administrator John Pistole. He said putting pilots through a faster screening process would be a more efficient use of the agency's resources.

Pistole has defended the invasive pat-downs and said intelligence about potential terrorist attacks and plots to evade airport security have guided these changes.

Still, some lawmakers want a review of the government's pat-down procedure.

Pilots have complained about possible health effects from radiation emitted by full-body scanners that produce a virtually naked image, and they said that pat-downs by security inspectors were demeaning. Passengers have lodged similar complaints, but the government is not changing the screening requirements for air travelers.