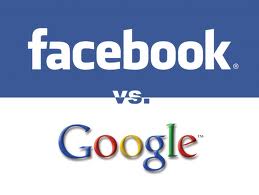 
The social-networking power has revamped user profiles with a top-story function that highlights the most relevant tidbits from friends, a Twitter-like news ticker on the right side of the page that offers real-time updates, and larger photos. (Facebook estimates its users post 250 million photos daily.)
The top-story function is based on who posted and the type of news (wedding, birth) shared.


"We've been experimenting with changes for a long time and think this will ensure that users do not miss out on things they care about," says Keith Schacht, product manager for Facebook's News Feed. "It makes the site more alive." The new Facebook look should be available to all of its 750 million users in a week or so, he says.


Facebook's announcement, in advance of what is expected to be a busy day at F8, is the latest broadside in its battle with Google+ for millions of consumers and -- indirectly -- advertising dollars.

Facebook is expected to fold music and next-generation video into its service.


Much is at stake financially. Facebook is expected to rake in $4.3 billion in revenue this year -- more than twice the $2 billion in 2010, according to market researcher eMarketer.


Dueling features in Facebook and Google+ have taken on the feel of a social-networking arms race, with plenty of technological tit-for-tat.

Earlier Tuesday, Google pre-empted Facebook's news with a slew of new Google+ features. It also said Google+ --is now open to everyone, after a nearly three-month closed-trial period. The most important new feature is improved search.

Meanwhile, Hangouts, the Google+ multiperson video-chat component, will now let users take part in a Hangout chat session using a smartphone or tablet. For now, Hangouts' new mobile feature is available only on Android devices.
Another new feature, called On Air, will let Google+ users broadcast their hangouts to the public for anyone to watch. In keeping with the Hangout theme, as many as nine other Google+ users can take part in the Hangout On Air.
"We are serious about having the best (social-network) service, and we do not plan to slow down," says Vic Gundotra, the Google senior vice president in charge of Google+.
He saays 100 changes and features have been added to Google+ since its debut in late June, and as many changes are planned in the next year.
Google+ has more than 10 million members.
Source;  http://www.delmarvanow.com/article/20110921/NEWS01/110921003/Facebook-Google-add-new-features?odyssey=tab|topnews|text|frontpage
Posted by jmmb at 10:00 AM No comments: