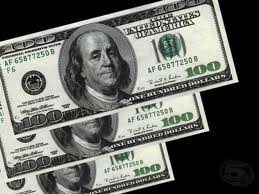 CHRISTINE CULLEN ¦ Staff Writer
(Aug. 12, 2011) A Berlin accountant who turned himself in to police for allegedly stealing hundreds of thousands of dollars from resort area condominium associations claimed that the thefts started when a local businessman he also stole from began extorting him for monthly buyoff payments.
William Wilson Scott, 37, of Bishopville, went to the Maryland State Police barrack in Berlin on Feb. 9 “to clean my conscience,” according a recording of his confession that was played during his trial Wednesday in Circuit Court. Scott told detectives that he had been stealing money from three associations he managed for the past few years and he wanted to turn himself in.


“There’s money that has been used by me that wasn’t mine,” he told the detectives.

In court, Scott pleaded not guilty to all the charges.

In the recorded interview with police, Scott said everything started in 2007, when he took on Atlantic Physical Therapy and owner Robert Hammond as a client. Hammond gave Scott money that year and the next year to pay the company’s taxes, but Scott told the detectives that he used the money, around $170,000, to pay his own personal bills instead.

In December 2009, when Hammond learned that his taxes were never paid, he demanded the immediate repayment of all the money. Scott told the detectives that he was afraid for his safety when Hammond arrived at his office with two large men and told him, “I brought guys with me that know how to hurt,” according to the recording.

Hammond disputes what Scott told the detectives. He said Thursday that the two men were friends visiting him from Italy and he denies saying they were guys who knew how to hurt.

“In no way, shape or form did I threaten him,” Hammond said.


In order to repay the money, Scott said he took it from three condo association accounts he managed: the Assateague House, San Remo and Sunset Village associations.


“The only place I knew to get the money from was these condo associations,” he said.

Scott told the detectives that Hammond was not satisfied and demanded monthly payments of $3,000 or he would go to the police.


Hammond denies that he demanded the payments. Scott, he said, came up with that amount.


“He agreed to pay $3,000 a month,” Hammond said. “He came to my house and that’s what he came up with. He said he would pay the penalties and interest.”

Scott paid the money until February of this year, when he went to the police station and confessed his crimes.

“Can you make good on this?” Sgt. Scott Brent of the Worcester County Bureau of Investigation asked.

Tfc. Kyle Trotter of WCBI said the Federal Bureau of Investigation launched an inquiry into possible ties between Hammond and organized crime, but nothing was found.

The investigation led to Scott being charged with six counts of theft and theft scheme. Police alleged that he embezzled more than $820,000 from the three condominium associations. The Assateague House won a lawsuit against Scott in June.

The embezzlement began to come to light in late 2010, when Reese Cropper, owner of IMG Insurance in Ocean City, learned that Scott had not paid the insurance premiums for the Assateague House and Sunset Village associations. His concerns regarding the handling of the associations’ finances led him to contact all three association presidents and suggest they look at their books.”

“I had reason to believe they needed to look into their funds,” Cropper testified in court.


At around the same time, Joe Pino, a contractor who had done substantial work on the Sunset Village townhouses, grew concerned when months went by and he did not receive the final $20,000 payment from Scott for his work. He contacted his friend Larry Perkins, who is the treasurer of the Assateague House, since Scott managed both associations’ money.


Perkins checked the account balances of the association’s three bank accounts that Scott had access to and learned there was only around $1,800 among the three.


“I expected to see hundreds of thousands of dollars in those accounts,” he said.

When the books of the three associations were reviewed, it was discovered that Scott had allegedly written dozens of checks to his company out of their accounts, without the permission or knowledge of the boards of directors. The total pilfered was allegedly $826,273.
Scott’s public defender Chasity Simpson called no witnesses and offered no defense. The closing arguments and judge’s decision was postponed until Aug. 16, because Judge Richard Bloxom said he needed time to go through the stacks of financial records offered as evidence.
Source;  http://www.oceancitytoday.net/news/2011-08-12/Front_Page/SCOTT_TOOK_MONEY_TO_REPAY_ANOTHER_THEFT.html
Posted by jmmb at 7:00 AM No comments:

Delmarvanow.com
SNOW HILL — The criminal motions trial for the woman charged with several counts of theft and theft scheme for allegedly conning the Pocomoke City Walmart has been postponed until next week.
Tia Johnson, 30, of the 2400 block of Worcester Highway, allegedly created false returns and would under-ring merchandise when friends and family were in the store, according to police documents. She is charged with theft less than $100, theft less than $1,000, theft scheme less than $1,000 and theft scheme from $1,000 to $10,000.
Johnson’s criminal motions trial was postponed, because her lawyer was reportedly in a car accident Wednesday morning. Motions are expected to completed on June 7.