Husband's Alibi Is Questioned by Investigators 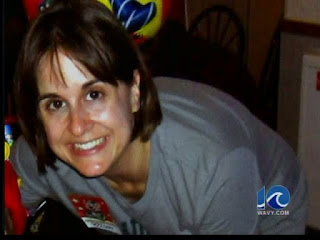 NEWPORT NEWS, Va. (WAVY) - Newport News investigators are intensifying their search for answers about a mother who vanished from St. Joseph County in Michigan a month ago.

They say they hope to find clues about Venus Stewart's disappearance by asking questions about her estranged husband Douglas Stewart.

Douglas, who lived in Newport News, told police he was in Virginia when his 32-year-old wife went missing on April 26. Detectives made it clear on Tuesday they do not believe him.

"He provided Michigan State police investigators with an alibi at that time," said Newport News Detective Todd Filer. "At this point we have reason to believe that there may have been someone that posed as Mr. Stewart in our area to provide that alibi."

Investigators have not released details about why they believe Douglas was in Michigan, but they are asking "anybody that has any information about someone posing as Douglas Stewart in the area between April 25 and April 26, around the time of Venus Stewart's, disappearance to contact us," Filer said.

According to the records, they found a "Walmart receipt" for a shovel, tarp and gloves. The receipt from a store in Ohio was dated the day April 25, one day before Venus vanished.

Venus has not been seen since the morning she went to the mailbox at her parents' home in St. Joseph County, Michigan. Police said Venus was wearing pajamas.

While Douglas has never been named a suspect in the case, Filer said he is still "a person of interest" in the case.

Douglas Stewart has moved back to Michigan. Friday, a judge ordered that he could not see his two daughters.