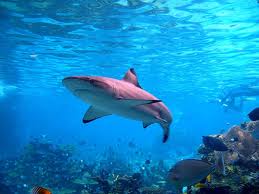 OCRACOKE, NC—
Being carefree is a way of life at the Outer Banks for vacationers.

But the harsh reality of the dangers lurking in these waters has put worries in the back of parents' minds, after a 5-year-old girl was attacked by a shark while boogie boarding in 18-inch deep water yesterday.
"You don't know what to expect these days, but we are hearing a few more stories like that and it's very unfortunate," says John Creef from Manteo.
Midday, the beach is packed but the recent shark attack is keeping some people out of the water. It's the second shark attack in North Carolina in the past month.

"It's crazy, you really don't know what's in there, it's pretty dangerous especially with the recent news of this shark attack," says Matt Wisergener.

As the tide rolls in, kids frolic in the water. Staying together is key; sharks usually shy away from packs, instead looking to pick off individuals.

During the day everyone here is safe, the sharks are well off the shore, but later on they'll make their way closer to the coast.

What type of shark attacked the young girl is still being determined. There are a handful of types that patrol these waters, that's why it's important to look where you're going when you're strolling in the ocean.

"What happens is that somebody steps into a ball of bait and where the sharks of just kind of passing through and feeding anyway and they are inadvertently bit, it's an accidental thing," he says.

NewChannel 3 received a statement from the girl's family this afternoon, stating:

"Our daughter is in good condition after receiving a shark bite to the right leg. The shark attack occurred in two feet of water on Ocracoke Island. Mom was ten feet away and witnessed the event. Paramedics arrived promptly and she received excellent medical attention from EMS personnel, life-flight crew, and Pitt County Memorial Hospital medical staff in Greenville. She is in good spirits, declaring this morning that, "I hate sharks. I like dolphins way better."