Ford Recalls Over 26,000 Trucks
A manufacturing defect has been detected causing Ford to recall over 26,000 F-Series, Ranger and Excursion models. Is your vehicle in danger of having a defective hazard switch?
Find out! 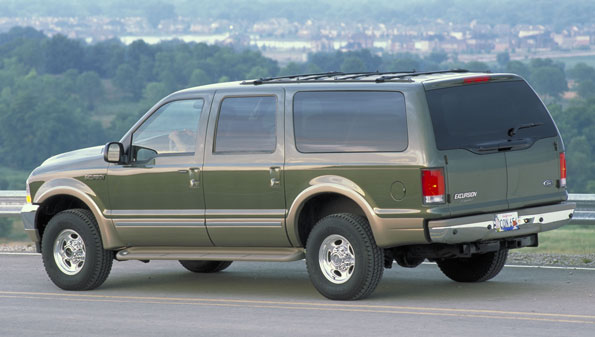 Although Ford maintains strict control over the production of all of its vehicles to ensure consistent quality of manufacturing, it's possible at times that the company will need to issue a recall of certain vehicles, like the Ranger or Excursion. These recalls are generally due to malfunctioning parts that may cause damage to the vehicle or put the car at higher risk of an accident. In most cases, replacements will be provided at no additional cost to the consumer. Read on for information about the latest recall.

The latest recall involves 26,715 F-Series, Ranger and Excursion vehicles. Specifically, certain F-250, F-350, F-450 and F-550 vehicles that were built between the years of 2002 and 2007 are at risk for the potential defect. Also, Excursion vehicles built between 2002 and 2005 and Ranger pickups built between 2002 and 2011 are at risk as well. While it's true that not every vehicle in these classifications will be affected by the defect, any owner of one of these Fords should inquire with a professional at a dealership to see if their vehicle is at risk.

Nature of the Defect

What has prompted this recall is a defective hazard switch that can cause the lights, hazard signals and brake lights to operate incorrectly. The result of this is that there may be an increased risk of an accident due to an inability on the part of the driver to indicate the way that he will drive while on the road. Some of the vehicles have switches that were built in such a way as to deform over time; while they may work initially, they may subsequently break down.

The recall will begin on August 31 of 2011 and extend indefinitely, or until all of the vehicles have been accounted for. Per the terms of the recall, customers may bring vehicles that meet the classification in to a dealership for examination. All faulty parts will be replaced free of charge to the customer. The recall also covers particular service parts that were distributed to dealers, so it's important for customers to confirm that the dealer is aware of the recall issue and not simply prepared to make a general repair for the vehicle in question.

For additional information about the recall, contact your local Ford dealership or the National Highway Traffic Safety Administration.