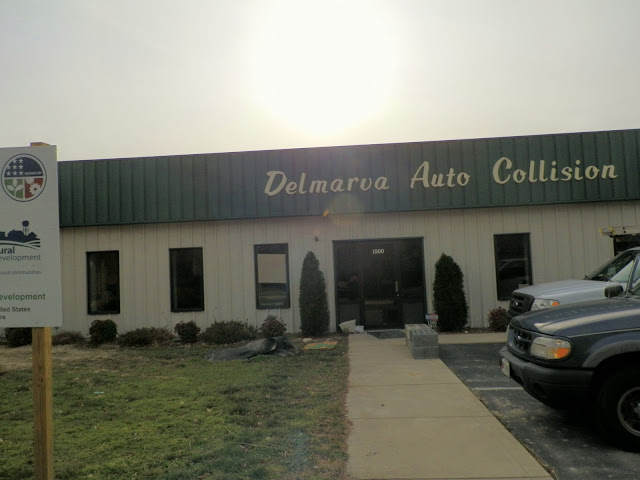 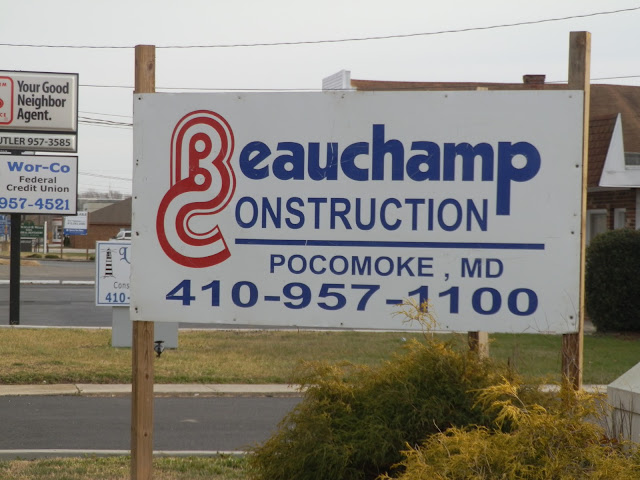 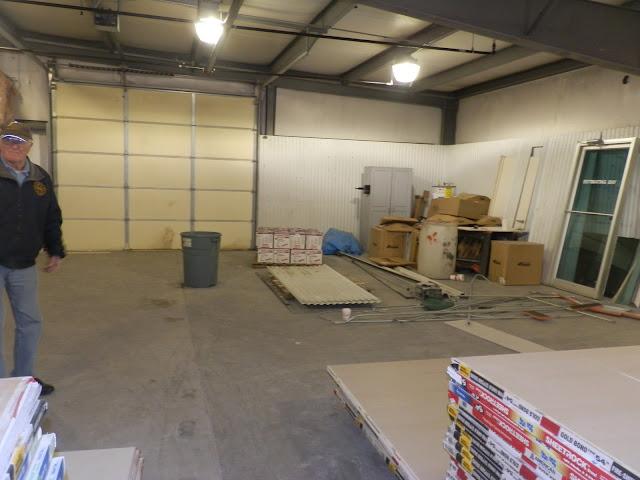 Councilman Malloy and I traveled to the  opposite end of Market Street so I could see first hand what was going on inside to prepare for this big move the police department will be making in just a few months. 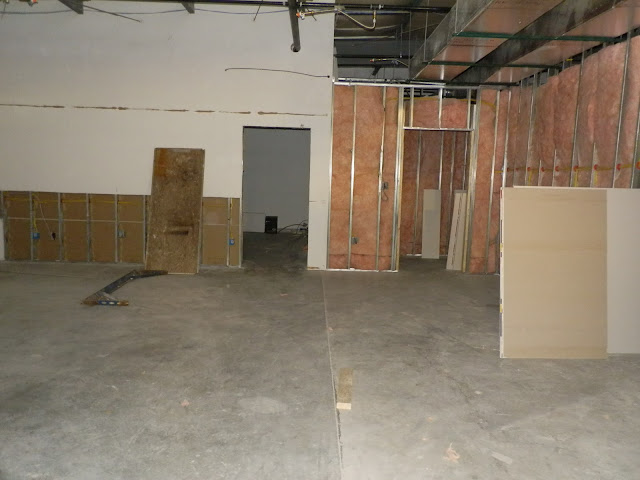 The Pocomoke City Police Department is currently located on Second Street, in the former National Guard Armory,  where it has been for many years and I can only remember one other possibility of it ever being anywhere else and that was on Willow Street.... but that's a maybe. 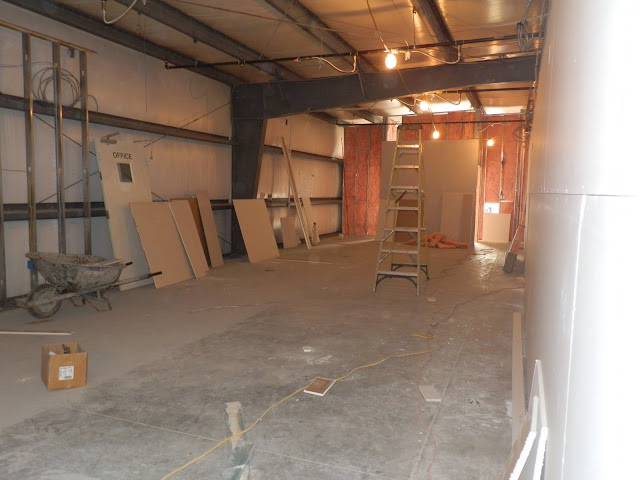 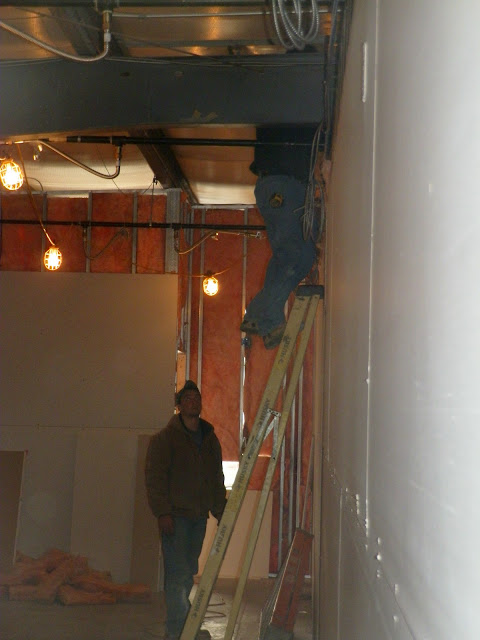 Anyway, the new facility is large and certainly seems to have ample space for the offices  that are needed to operate a police department.  Plus, it has to be more energy efficient and will certainly have better parking! 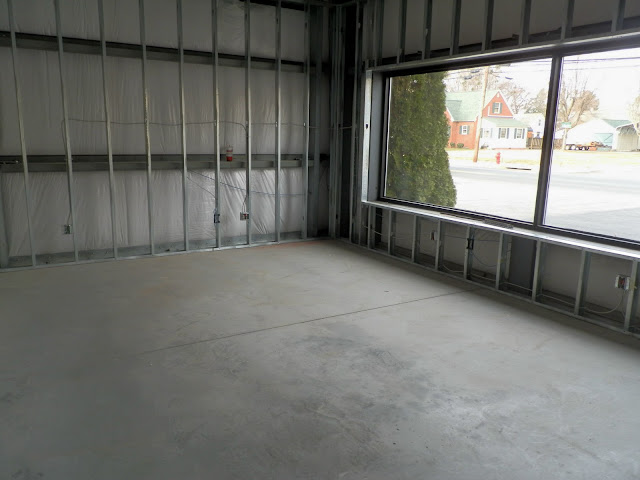 A Beauchamp Construction crew was  busy working when we stopped by.  Quite hard to tell the ins and outs of the whole facility right now but this is going to such a wonderful improvement over the conditions of the current police department.  Wall board has been put up and wiring has been run with still a ways to go but certainly won't take much longer. 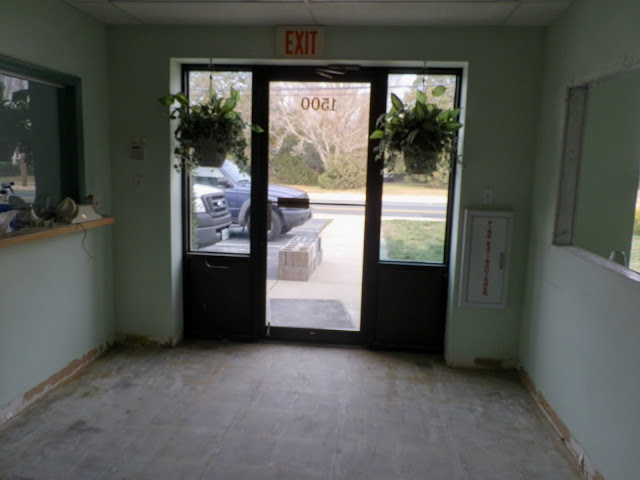 Energy efficient and brand new on the inside,  the new Pocomoke City Police Department  headquarters will be something Pocomoke  City can be proud of......Just as proud as they are of their Police Department.
Posted by jmmb at 6:48 PM

You are correct! At one time the station was located on Willow Street, directly across from the Transmedia building! I don't know when it moved there but it was there until about 1969 or 1971. Councilman Malloy might have a better answer; I may be an old fart but he is an even older one!

Geeez, I even remember one night E.J. Killmon shot Orville Outten's police hat off with an air rifle as he stepped out the door and Orville had no idea what happened.

I don't remember that incident but I do remember that Orville Outten would sit in the patrol car on the corner of Clarke and Market sleeping with one eye open and one eye closed.

I remember that the police dept. back then had no air conditioning. Do you remember who was chief then? I think I do but don't want to say.

Norwood Wimbrow was Chief for a time but I believe it was after 1975.

Orville was noted for coming to work with cow poop on his uniform pants.