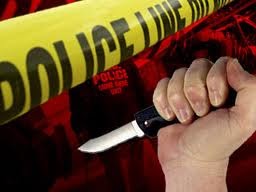 From the  Pocomoke City Police Department

On September 18, 2012 Pocomoke Police City responded to a call regarding a reported stabbing that occurred in the area of Cherry Street in Pocomoke City.

Upon arrival the Officers met with the victim who stated he was attacked and then stabbed by one of the suspects. The victim stated that he had been involved in a physical altercation previously involving the two suspects.

If anyone has any information regarding the whereabouts of these suspects please call 410-957-1600 or your local police department.
Posted by jmmb at 9:37 AM