The "Extreme Makeover: Home Edition" team, in partnership with local builder Trademark Construction of Chesapeake and hundreds of area volunteers, is in Virginia Beach and over the next week to build a new home for this family, who live in a modest ranch house at 3020 Gentry Road, located just off South Lynnhaven Road behind Lynnhaven Mall. Team leader Ty Pennington and his designers surprised the family this morning while in church services, informing them of their good fortune.

Beginning Tuesday, the public can watch the build from special spectators viewing areas at the site; the public should park at Lynnhaven Mall and take shuttle buses to the construction site. To reach the mall, take I-64 to Norfolk, then I-264 toward the Virginia Beach oceanfront, exiting at Lynnhaven Parkway South, which leads you to Lynnhaven Mall.

Beverly Hill is known to have a heart of gold, and she's been sharing her love for 15 years with more than 35 foster kids, according to a press release. A friend nominated the family last year after the TV show announced it was looking for a deserving family in southeastern Virginia. After raising her two biological children, Beverly and Fred formally adopted six foster girls, who today range in age from 9 to 18. They started in the foster parent program with twins in 1992.

Hill also feeds and clothes the homeless, and Fred gives his wife most of the credit for the work they do.

"I'm a long-haul truck driver, so I'm only home for about a day and a half each week," he said. "It's been Beverly who does most of the work and makes all this happen." Beverly says her motivation comes from her faith.

"God told me to feed people just as he feeds me," she said. "I knew that I had to go out and help others and feed them just as God feeds me and my family every day.

"I cook them fried chicken, macaroni and cheese, collard greens, hot bread ? good old Southern cooking. "I go where the homeless live, not in shelters, but in the woods, under bridges, wherever. I never ask them why they are there or what they are doing. The only thing we ask them is 'What do you need?'

"Even at Thanksgiving, no one at our house eats until we have gone out that day and fed dinner to the homeless first."

The Hill-Burdettes have inspired their daughters to give back to the community, and now they routinely participate in making meals and delivering necessities to those in need.

Unfortunately their 1,200-square-foot home, pictured here behind the family photo courtesy Drew Landkford, is not as giving as they are, and its failing construction is jeopardizing their passion for giving back. Faulty electrical wiring, a sagging ceiling, and a floor that is crumbling are a recipe for disaster. With only one working bathroom in a house with seven women, the house is overdue for a renovation.

In "Extreme Makeover" style, the show will tear down the old structure when a group of Mack trucks paves a path directly through the home Monday morning in advance of the 106-hour build.

In addition, four oversized trucks have been coming across state today from Martinsville to Virginia Beach, carrying the modular and panelized parts needed to construct the home. TowneBank is picking up the $6,000 bill for the costs associated with this part of the project.

The program is expected to air at 8 p.m. on ABC-TV in several weeks. The Build Team will begin construction immediately following Monday's demolition and expect to be done in time for the Reveal to the family, after they return from a Disney vacation, on Saturday, Feb. 5.
www.dailypress.com
Posted by jmmb at 9:06 AM No comments:

Ty Pennington Will Show Up At Someone's Door .....

Surprise! "Extreme Makeover: Home Edition" could be knocking on your door this month.
The Emmy Award-winning reality show is coming to Hampton Roads for the first time to rebuild a home for a family, but the beneficiaries won't find out until later this month, when host Ty Pennington shows up at their door.

Then, they'll be whisked away for a vacation to parts unknown, while volunteers rebuild their home in 106 hours.
Duane Cotton, president of Trademark Construction in Chesapeake, participated last year in a makeover in Georgia and said he knew the area had the kind of spirit to make it work.
Along with the construction, a food drive to help local food banks has begun, and a pep rally is planned from 7 to 9 p.m. Jan. 20 at the Virginia Beach Convention Center.
The episode featuring the local home will air about eight weeks after the project ends.

Trademark, Waller Todd and Sadler Architects in Virginia Beach and others will donate their services. Organizers need skilled and not-so-skilled volunteers.
For more information on how to help, visit www.extremetmc.com.
www.hamptonroads.com
Posted by jmmb at 7:30 AM 1 comment: 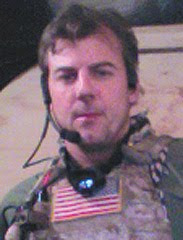 According to the Pentagon, Chief Special Warfare Operator Collin Trent Thomas, 33, a native of Morehead, Ky., was fatally shot during combat operations in eastern Afghanistan on Wednesday. Thomas was forward deployed to Afghanistan as part of an East Coast-based Navy SEAL Team. East Coast SEAL teams are based at Joint Expeditionary Base Little Creek - Fort Story in Virginia Beach.

"Collin Thomas was a brave American patriot and an incredibly gifted Navy SEAL. His tireless professionalism, inspiring passion for life, and humble demeanor made him a role model for all who knew him. We are deeply saddened by this tremendous loss of a brother in arms," said a senior officer in his command. "Our hearts and prayers go out to the Thomas family during this very difficult time, and we will never forget the ultimate sacrifice that Collin made while protecting our nation and his teammates."

Thomas is survived by his parents Clayton and Paula, who live in Hertford, North Carolina, his sister Meghan of Morehead, Kentucky, and his fiancée Sarah Saunders of Virginia Beach.

"The Naval Special Warfare community is grieving the loss of Chief Petty Officer Collin Thomas. Our thoughts are with the entire Thomas family during this very difficult time," said LT Arlo Abrahamson, Public Affairs Officer, Naval Special Warfare Group TWO. "Despite this incredible loss, Collin's teammates will remain resolved in their fight against terrorist elements in Afghanistan, because they know that's what Collin would have wanted."

His military career began when he reported to Recruit Training Command at Great Lakes, Illinois. After completing basic training, Thomas remained at the Great Lakes training center for technical instruction before reporting to Coronado, California to participate in Basic Underwater Demolition/SEAL training. BUD/S is the first step in becoming a Navy SEAL and is six months of some of the most demanding training in the U.S. military.

Upon graduation from BUD/S, Thomas was assigned to his first SEAL team where he participated in numerous joint exercises and developed his skills as a Special Warfare Operator. Since February of 2000, Thomas has been assigned to various East Coast based SEAL teams where he made several deployments in support of Overseas Contingency Operations, distinguishing himself during numerous combat operations in Iraq and Afghanistan.

Approval To Close JFCOM Could Come As Soon As Sept. 1 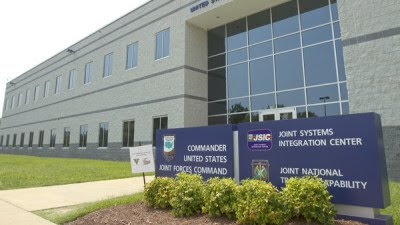 President Obama could approve the decision to close Joint Forces Command in Norfolk before Sept. 1, according to a memo being circulated to local and state officials.

The memo from the Hampton Roads Military and Federal Facilities Alliance does not cite a source, but claims to have "strong evidence" that the controversial move is being fast-tracked.

"There is a package being prepared fairly vigorously to get in front of the president on about September 1 for him to approve the elimination of Joint Forces Command," said Frank Roberts, executive director of the alliance, when asked about the memo.

Virginia's congressional delegation has vowed to oppose the closing – even taking it to court -- but a Sept. 1 decision means that the commander-in-chief would have signed off before Congress returns from its recess.

Under this scenario, job losses would begin after the start of the new year, the memo says.

Also on Friday, a new report put a value on an even more frightening economic scenario: that the closing of JFCOM could drive away Norfolk-based NATO's Allied Transformation Command. Norfolk Mayor Paul Fraim has been among those raising this concern.

The one-page economic brief from the Hampton Roads Planning District Commission doesn't speculate on the possibility of that happening or get into the complex politics of it.

But it says the two organizations combined contribute $901 million to the gross regional product, about 1.2 percent, with more than $500 million in contracts being awarded annually.

JFCOM itself employs about 5,600 people in Hampton Roads, the bulk of them civilians or contractors. It has an annual operating budget of nearly $704 million.

The alliance's memo says the decision has the backing of senior military leaders and is supported by a five-month internal Defense Department study, the results of which have never been publicized.

Defense Secretary Robert Gates announced two weeks ago that he wanted to close JFCOM as part of overall cost-savings plan. He said the role of the command, which trains the military fight effectively together, is no longer needed because joint operations are now a part of the military culture.

Roberts said the memo was issued to put mayors, township supervisors and state officials on notice that they need to contact the White House sooner rather than later.

"We need our elected officials engaged as quickly as possible to attempt to slow down and delay this process such that it doesn't get so far out of the barn that it comes out not even negotiable – or discussable," he said.

Bruce Sturk is the director of federal facilities support for the city of Hampton and a 26-year Air Force veteran. He said the JFCOM issue requires "a strategic pause" and seems to defy standard procedure.

"This train is moving really fast," he said.

While it's important to keep on top of all news – and even rumors – regarding JFCOM, Sturk said he takes everything with a degree of skepticism until he sees official documents.

The memo goes on to say that Marine Gen. James Mattis, the most recent JFCOM commander, had "significant input" throughout the process.

The five-month study was purportedly done by Christine Fox, who directs of the office of cost assessment and evaluation at the Pentagon.

The study says that JFCOM's mission of providing forces should be reassigned to the individual services. Its experimentation role would be eliminated. The Joint Warfighting Center in Suffolk has "value," but the Pentagon "wants to divest the leased space so it could potentially go anywhere," the memo says.

The most breathless sentence of the memo is the last one, that Gates "is considering a move to mothball the Second Fleet," which is based in Norfolk.

Roberts said that doesn't mean ships would be idled.

"My sense would be that that comment relates to disestablishment of the Second Fleet staff," he said.

U.S. Rep. Robert C. "Bobby" Scott, D-Newport News, said that he has not seen any study and questioned why it would be done in secret. The timing of the move appears designed to circumvent Congress, which is in summer recess.

"The initial announcement was made right after we left town and the decision will be made before we get back," he said. "It adds to the mystery of it. You ought to be able to have a public discussion."

Scott said he wasn't surprised that Obama would agree with Gates' recommendation.

"If the secretary of defense proposes it, you assume that it's the administration's position," Scott said, noting that sometimes those decisions can be "delayed or even reversed."

Scott said Gates' plan to save money remains in doubt because the Pentagon has not detailed any savings.

"We don't know the economic impact because we don't know what functions will continue," he said.

Scott said the lack of detail from the Pentagon is frustrating.