Teen Wanted Police Turns Himself In 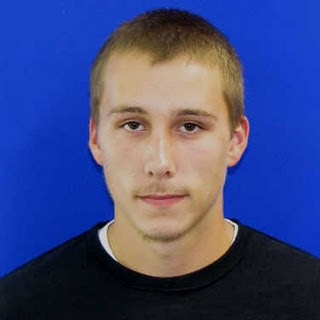 HEBRON, Md.- The search for a Hebron teenager accused of having fired multiple shots at a Maryland state trooper four days ago ended this morning when he turned himself in to police in Salisbury.

Police say that at around 7 a.m. today, Young walked into the Salisbury Police Department with his mother and identified himself to police. He was taken into custody without incident.

Young's arrest stemmed from an incident alleged to have occurred shortly after 1 a.m. Friday, Nov. 26. Authorities say a state trooper assigned to the MSP Salisbury Barrack was traveling in the 7500 block of Longfield Drive near Hebron when he saw a vehicle parked in the grass along the shoulder of the road. The trooper was in uniform and in a marked patrol car.

The trooper was facing the front of the Honda when he pulled up to check on it. The trooper shone his patrol car spotlight on the Honda and saw someone lying across the front seat. Police say the person, later identified as Young, sat up and pointed what appeared to be a handgun at the trooper. According to investigators, Young fired at the trooper through the driver's side window, causing the Honda's window to shatter.

Police say that Young is believed to have fired at least two more times at the trooper, before speeding away from the scene.

Neither the trooper nor his patrol car was hit by the gunfire.

A search by police in Maryland and Delaware had been underway for the last four days prior to Young's decision to surrender to authorities. He had last been seen in Delaware where he fled from a traffic stop.

The Wicomico County State's Attorney's Office worked with the investigative team and was consulted regarding criminal charges.

The investigation is continuing. Police say additional criminal charges are pending against Young in Maryland and Delaware. 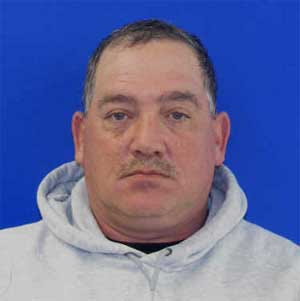 Robert Lee Cooper, 47, is wanted for attempted murder, first- and second-degree assault, reckless endangerment and use of a dangerous weapon with intent to injure. He was last seen operating a 2007 dark blue Ford Explorer with Maryland registration 85T403, with a Mary Kay sticker on the bumper.

On Monday, troopers from the Princess Anne Barrack responded to a reported assault that had occurred at a home on the 7000 block of Crisfield Highway in Westover. When troopers arrived on the scene, they found Cooper's wife lying on her living room floor suffering from multiple stab wounds. Police say a further investigation revealed she had been beaten, stabbed and struck with a baseball bat.

As a result of her injuries the victim was flown to Peninsula Regional Medical Center in Salisbury, where she remains in the intensive care unit.

Police say both the victim and witnesses identified Cooper as responsible for the attack. According to troopers, the Ford Explorer that Cooper used to flee the scene belongs to his wife.

Anyone with information on Cooper's whereabouts is asked to contact Maryland State Police at (443) 260-3700.