Autumn is here and that means it's time for Halloween! 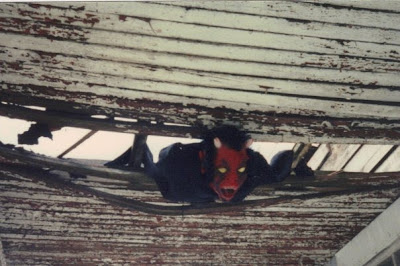 And since this is the week before the night of dressing in costumes and going door to door trick or treating I'd like for any of you to send me some pictures.

Halloween time is my favorite time of the year.
So send me your pictures of your carved jack-o-lantern, your house decorated inside or out for the occasion, your halloween costume, OR your pet dressed in a costume.
Send them to me: jmmb at bwbw@hughes.net 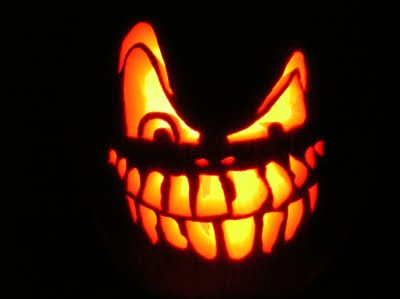 P.S. Does anyone remember many years ago when Hartley Hall was between 7th and 8th Street on Market? Do you remember the year it was decorated as a haunted house?

Please tell me what YOU remember. 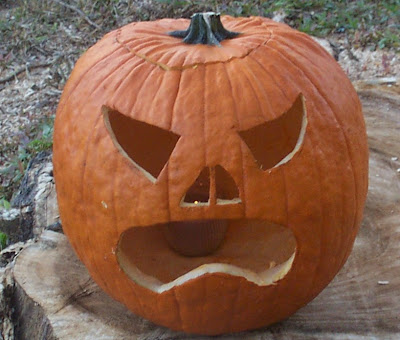 I love pumpkins. I love the pumpkin pies made from them. The birds enjoy the seeds. But the one use of the pumpkin that seems to be scarce anymore on Halloween is the carved jack-o-lantern. Every year there are jack-o-lanterns in my yard.
I've had them stolen and smashed in the street. Many people have. But I read a heart-warming story today that makes me still believe that there are nice people in this world.
Someone played a Halloween trick on two neighbors in Manassas, Virginia Saturday night by stealing their pumpkins from the front porches of both homes.
It seems the one basketball sized pumpkin taken from one porch was returned with two triangle eyes, a triangle nose and a mouth with two teeth missing carved into it. The neighbors stolen pumpkin was returned to her porch too, with one eye carved like a star.
One of the neighbors commented: "It's Halloween. I guess people do strange and weird things."
And yes, people do. I've just never heard of this happening before. And I wish the "pumpkin carver" lived near me to help with mine!
Posted by jmmb at 11:47 PM No comments:

A Little About Halloween Tradition

All Hallow Eve, or Halloween, originated as a pagan celebration dating back to the ancient Celtic festival of Samhain, over 2000 years ago. Samhain means "summers end" and is celebrated on November 1st as a joyous occasion. Many of the festivities included eating, drinking and dancing and the lighting of bonfires. The ashes from the burned bonfires were spread to protect the land for next years crops.

On the night before the new year the Celts believed the boundaries between the living and the dead became blurred. Ghosts of the dead returned to earth on October 31. The wearing of the masks, as a way to "hide" from the dead, became a tradition.

In the 1800's, with the Irish immigrants coming to America they brought their traditions of Halloween and the Jack-o-Lantern. The immigrants carved potatoes, turnips and beets and place a light inside using pieces of coal or a candle. These ornaments were placed in windows or on porches to welcomed the deceased and to serve as protection against horrible spirits or goblins freed from the dead.

Through the years, as the Irish Immigrants spread out across America, the lack of turnips, beets, and potatoes were replaced by the pumpkin to stand the watch for the "freed dead".

The origin of Trick-or-Treat, it is believed, orginated from the Druids. The Druids were preists and preistesses that served also as

historians, astronomers, teachers, etc. in their communities. Because the country folk believed that the dead had to be kept happy they would give the Druids food as they visited their homes. Today it is simply known as trick-or-treat.

Halloween has many names. Other names are : All Hallows Eve, The Feast of the Dead, Samhain, All Hallow Tide, All Saints Eve.