I can't help but feel sadness for the Spicer family. A trial postponement just IS NOT fair when lawyer's suddenly, after ONE year, seem to think this "animal" must be insane! 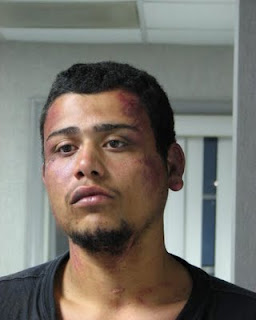 GEORGETOWN — The trial of a man accused of killing a Georgetown police officer last year has been postponed so his lawyers can do research for their client’s insanity defense.

Derrick J. Powell’s trial was scheduled to begin Oct. 11 in Georgetown. He is charged with first-degree murder in the September 2009 shooting of police officer Chad Spicer. The Attorney General’s office has said it will seek the death penalty.