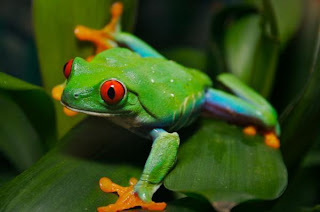 WASHINGTON - The cure for drug-resistant infections, like flesh-eating bacteria, may be coming. The silver bullet? Green skin.

There are compounds in frog skins that could be used to fight MRSA and other antibiotic-resistant diseases.

Dr. Michael Conlon recently told the American Chemical Society that biochemists at United Arab Emirates University have found a way to tweak the molecular structure of the strong natural antibiotics on frog skin that makes them less toxic to humans.

Researchers say they have identified and purified the chemical structure of about 200 substances -- a treasure trove of antibiotics just waiting to be used.

One has already been found to be effective against "Iraqi-bacter," a drug-resistant infection turning up in wounded soldiers returning home from Iraq.

Conlon says it's important to preserve the bio-diversity of frogs. He says scientists are just scratching the surface of the potential antibiotics that could be found in more than 6,000 species of frogs. 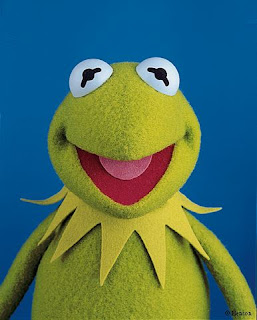 I wonder what Kermit is thinking about this?
Posted by jmmb at 7:00 AM