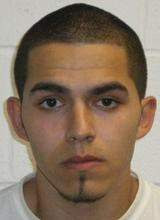 SNOW HILL -- The trial date for the man accused of murdering a Pocomoke City woman has been bumped from December to February, meaning outgoing Worcester County State's Attorney Joel Todd will not try the case.

"That's the way the democratic system works," said Todd, who lost a bid for his fifth consecutive term to challenger Beau Oglesby. "I certainly would have liked to have been able to prosecute, but the voters decided otherwise, and I accept that. ... I have no reason to believe the case won't be handled ethically and professionally and that justice will prevail."

Christine Sheddy, a 27-year-old mother of two, went missing in November 2007 from a Pocomoke City-area residence. An investigation by law enforcement led to the discovery in February of Sheddy's remains buried in the backyard of a Snow Hill bed and breakfast and the subsequent arrest of Justin Michael Hadel, 20, of Texas.

Hadel was scheduled to face charges of first-degree murder Dec. 7-9 in Worcester County Circuit Court. Because his public defender has requested more time to prepare for the case, the trial date has been moved to Feb. 8-10.

Todd may appear at a motions hearing scheduled for Dec. 9 in the case, though such hearings are sometimes canceled or rescheduled.

Lynn Dodenhoff, the victim's mother who bonded early on in the case with Todd and his staff, has publicly stated Joel Todd was the only man she wanted to prosecute Hadel.

"I have to put my faith in that (Oglesby) knows what he's doing and that he would accept any and all help in this case," said Dodenhoff in an interview. "I would feel more comfortable if it was Joel handling the case, but you're given the cards you're dealt."

Oglesby, currently employed as deputy state's attorney for Caroline County, said with four Worcester homicide cases pending, he's already begun getting familiar with the cases and is in "constant contact" with Todd, his staff of attorneys and members of law enforcement.

"There's a transfer of information that is ongoing," he said. "I'm completely confident in my abilities and, more importantly, the abilities of the members of the State's Attorney's Office and law enforcement that we will be prepared when it comes to trial."

When asked about Dodenhoff's comments, Oglesby declined to get into the details of ongoing cases, saying communication between him and victims of crimes should remain privileged.

Todd said once Dodenhoff gets to know the new state's attorney, "she'll find out that he's a professional, too."

"We have provided Mr. Oglesby with copies of reports; we have done everything we can so he is completely up to speed when he gets sworn in," Todd said. "There is no animosity between he and I. We both have the common pursuit of justice for the citizens of Worcester County.

Another terribly sad story that has gone on for too long but I guess that's the way the justice system works. These postponements must be hard on the family of Christine but in the long run I imagine better as the defendant can't claim anything was unfair to him.

OMG, What in the heck is wrong with these Daily Times reporters? They foul just about everything up. The victim wasn't a Pocomoke City woman. Christine Sheddy was from Delaware and just visiting some friends in Pocomoke, not even Pocomoke City.

It also says "mother of two." Try mother of THREE! What horrible horrible reporting. Who can count on anything they report if they can't get the basic stuff correct?

Another blunder, had the reporter only checked the Maryland Judicary Case Search, he would have seen that Joel Todd isn't even prosecuting this case. Mike Farlow is, as he has been prosecuting all of the counties murder cases the past few years.

If Farlow is prosecuting the case then where does Joel Todd come into the case? Everyone makes it sound like nothing can be done correctly with Joel Todd.

Not everyone 8:13. The majority of those living in Worcester county have complete faith in Beau Oglesby.

Todd should try this case but he even probably doesn't want to touch it anymore. Everyone knows this kid's not guilty anyway so when he's found not guilty it won't be all the new states attorney fault.
Everyone can see real reason he was arrested for this. No doubt it was thought he would tell on the real murderer if murder charges were hung over his head.