For the second time in as many months, a branch of the local Runninger's Pharmacy has been broken into. 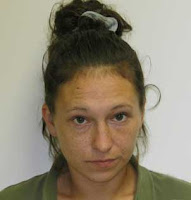 According to Major Todd Godwin of the Accomack County Sheriff's Office, on October 2, 2010 at approximately 5:29 A.M., deputies responded to a report of an alarm activation at Runninger's Pharmacy in Parksley, Virginia. Parksley Policeman Tommy Carpenter was the first on the scene, reponding while driving home after his shift had ended.

Upon arrival on the scene, deputies found that a breaking and entering had occurred and that various items had been taken from the business.

"The back window had been busted out," said Pharmacist Emory Hurst, Jr. "The alarm was triggered and they were scared off before they could steal too much." 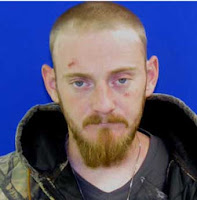 A joint investigation into this incident between the
Accomack County Sheriff's Office and the Parksley Police Department, with assistance from the Virginia State Police, has resulted in warrants being obtained against Billy Brandice Kilmon, age 27, of Parksley, Virginia and Walter Hunter Wharton III, age 30, address unknown, charging each subject with one count of breaking and entering and one count of grand larceny.

The investigation into this incident is continuing and additional arrests are expected.
www.shoredailynews.com
Posted by jmmb at 7:00 AM

my lands look what those drugs do to a person. The woman pictured Billy Brandice Kilmon, age 27 looks like she's about 50 years old, the dude don't look to spiffy either.