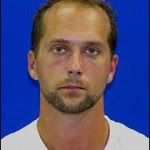 NARRATIVE:    On November 19, 2010 a Deputy of the Worcester County Sheriff’s Office took an initial report of a Burglary, Theft and MDOP from a Perdue Facility. There are several chicken houses and an office building on the property. The report was forwarded to the Worcester County Bureau of Investigation for further investigation.

It was reported that entry was gained by forcing a door that secured the office building. Once entry was gained, access to the entire building was possible. The building was “gutted” for the valuable copper, aluminum and other precious metals. The interior walls and ceilings were damaged so that access could be gained these those metals.

A lengthy and thorough search of invoices from area salvage yards where precious metals can be taken for cash was completed. Simone had many invoices in his name for the week prior to the initial report and they were for cooper and aluminum. The amounts are consistent with the estimated loss.

Based upon the above facts and the detailed investigation an Application for Charges was prepared for a District Court Commissioner’s review and consideration. As a result an Arrest Warrant was issued for SIMONE on the above charges.

On Wednesday, November 23, 2011 a Deputy of the Worcester County Sheriff’s Office was able to locate SIMONE and place him in custody without incident. He was ultimately arraigned before a District Court Commissioner and released on his own recognizance pending a future court date.
Posted by jmmb at 7:00 AM