Prices, Then and Now

I stopped at the fuel station tonight to put some well needed fuel in my truck and while the dollars were clicking away I had a reflection of what that hundred dollar bill used to buy. 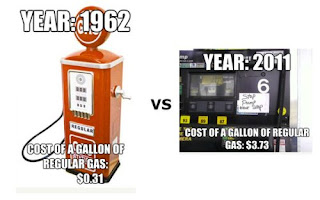 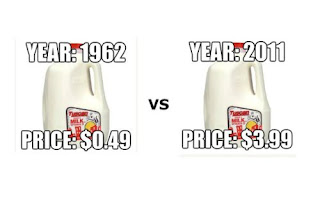 That's when I stopped to think of things I used to buy for 100 bucks. It's sad, I don't even want to think about that anymore. I have bought vehicles for 100 bucks when I was young. Now, they may not have been perfect cars/trucks but never-the-less they ran and drove and most needed only minor repair. Not to mention all the Vega's with blown head gaskets that I bought for 50 bucks to fix and resell. 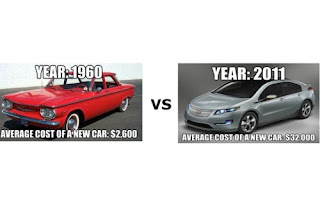 My father used to send up the street to Mrs. Littleton's store to get him a pack of cigarettes, I think they cost $0.35 and while I was there I had to have one of her super delicious hamburgers ($0.30)...mmmmman they were good. All she had in her store to cook them in was a cheap electric griddle with a lid, and she'd put the bun in a waffle maker with the flat side up and smash the bun while it heated it. 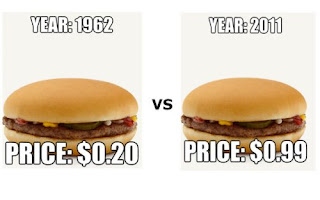 Then there was Sam's Market. Remember Sam's? I'd have to stop Sam's for some penny candy, of course Sam's penny candy was 2 for a penny, and I'd usually have a couple of bottles to cash the deposit in on. 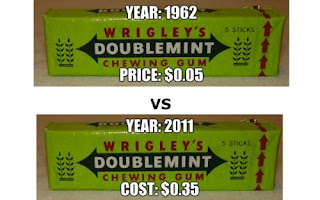 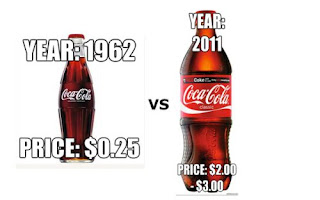 I could go on and on but I'll leave it at this.

Send us in your "Then and Now" memories in the comments, I love to see the prices that y'all remember in your youth. Don't be shy now.
Posted by The Public Eye at 10:29 PM

Coincidently I just noticed the other day that the gumball machines in the grocery stores are a quarter. Used to be a penny.

I also remember $5.00 getting us a six pack, a pack of cigarettes and gas for the car. And keg parties costing a dollar at Shepherd University (College in my day-early 80's.)