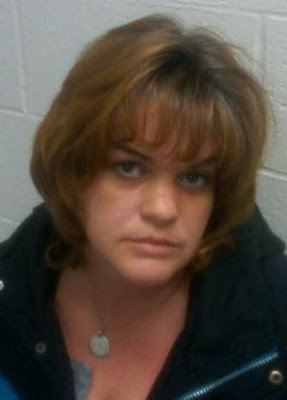 Chandler was taken to the District Court Commissioner where she was released on posting a $25,000 unsecured bond.
Posted by jmmb at 12:37 PM

WOW, how she slept at night knowing she was stealing from where she worked and the little league absolutely shocks me...what a thief she turned out to be!!!! Bet her children and family are proud of her...

I had somewhat of a bit of sympathy after reading about her stealing from the mini storage where she worked and then her being missing back in December but now that sympathy has flown right out the window.

Holy Moly, $17,000 from the Little League. I don't feel one once of sympathy for her as she didn't have the common decency to confess to this when she was caught beforehand stealing from her employers. I guess she thought she could get away with this theft scheme.

what can a person do with all that money in that short of time? how could your family not see this amount of money and not know something was going on? wonder how many co-conspirators there are here?