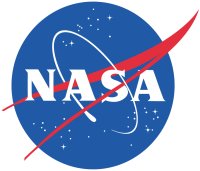 NASA will launch a Terrier-Improved Malemute suborbital sounding rocket carrying university student developed experiments on August 23 from the agency's launch range at the Wallops Flight Facility in Virginia.
Based on the approved range schedule, the launch window is between 6:30 and 10:30 a.m. The backup launch days are August 24 and 25.


Four university experiments will be flown as part of an educational project called RockSat-X, which is designed to provide students hands-on experience in designing, fabricating, testing and conducting experiments for space flight. The project is a joint effort between NASA and the Colorado Space Grant Consortium.
The selected experiments for this years RockSat-X launch are from Baylor University, University of Colorado at Boulder, the University of Puerto Rico and Virginia Tech.


The experiments will fly on a two-stage Terrier-Improved Malemute rocket to a projected altitude of 98 miles. After the 15-minute flight, the payload carrying the experiments will land via a parachute in the Atlantic Ocean approximately 66 miles off the coast of Virginia. The 875-pound payload will be recovered for re-use and experiment analysis.
The NASA Visitor Center will open at 5:30 a.m. on launch day for public viewing.

The mission will be available live on Ustream beginning at 5:30 a.m. on launch day at:
http://www.ustream.com/channel/nasa-wallops

Mission status also is available on the Wallops launch status line at 757-824-2050.
More information on the RockSat-X mission is available at:
www.nasa.gov/wallops
Posted by jmmb at 12:59 PM