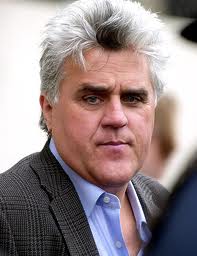 "The Tonight Show with Jay Leno," NBC's flagship late night program, has laid off 20 staffers, according to The Hollywood Reporter. Deadline reports that Leno himself took a "tremendous" pay cut as well.
Details of the departments that will be affected by the downsizing are currently unknown, nor is it known why the layoffs took place.
The news of the layoffs is particularly surprising, as "The Tonight Show" usually comes in first place in both ratings and important demographics. Since Leno reclaimed the show after the 2010 Conan O'Brien debacle, the ratings have steadily declined, and is occasionally beaten by "Late Show with David Letterman" in the ratings and Comedy Central's Stewart/Colbert pairing in the 18-49 demographic.

Still, the show remains one of the most valuable on the troubled network.

Leno is speculated to make around $30 million annually from "The Tonight Show" prior to this pay cut. However, as recently as an episode of Jay Mohr's podcast this month, Leno has often boasted that he hasn't touched his "Tonight Show" money since taking the job, instead living off the income he makes from public appearances.

Deadline's Nikki Finke was first to report the story.
Source:
Posted by jmmb at 7:00 AM