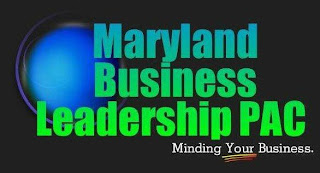 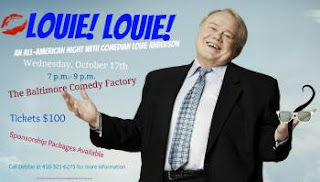 
“We don’t think politics and business in Maryland is a laughing
matter, but we do think it is important for business to come together
and support a shared goal--a better business climate in Maryland to
create jobs,” Mr. Ewing said.


Louie Anderson is an actor, writer and producer, who has performed to
standing-room only crowds throughout his career. Currently, he
performs at the Louie Anderson Theatre in Las Vegas. He is here by
special arrangement with the PAC group. Throughout his career, Mr.
Anderson has held innumerable feature roles on films such as “Ferris
Bueller’s Day Off” ,“Touched by an Angel” and others. He also appeared
on such shows as “Happy Days” and hosted TV’s “Family Feud.”


“Jobs and a healthy business climate to create and expand jobs in
Maryland is not a Democrat or Republican issue,” noted Mr. Ewing,
“After what the business community just went through in the course of
two special sessions and the regular session in January, there is no
doubt but that a hefty dose of educated business savvy is essential to
improving Maryland’s competitive posture and business climate. We are
supporting candidates who we believe best offer that understanding
regardless of political affiliation,” he said.

Tickets to the event are $100 each. Sponsorships which include a “Meet
and Greet with Mr. Anderson” are available. For more information,
contact our offices (410)321-6275.

Maryland Business Leadership PAC is a registered PAC with the Maryland
State Board of Elections.


State law allows a person, including corporations, to contribute
directly or indirectly no more than $4,000 to one political committee
and a total of $10,000 to all political committees, during the four
year cycle (Section 13-226 of the Election Law article of the Maryland
Annotated Code).