Everyone will remember for quite a long time where they were and what they were doing just a few days before the Halloween celebrations in 2012.  I don't remember ever witnessing anything quite like this storm and it is the only the second time in my life I have felt total  fear and helplessness.

The photos below were sent to me by Rob and Donna Clarke, who on the morning of Monday October 29, 2012 until around noon,  ventured outside and around Pocomoke City to take these.

Notice this beautiful tree just beginning to turn into its fall colors.  I wonder what happened to this tree during the storm and if the power lines were torn down by the branches in the wind. 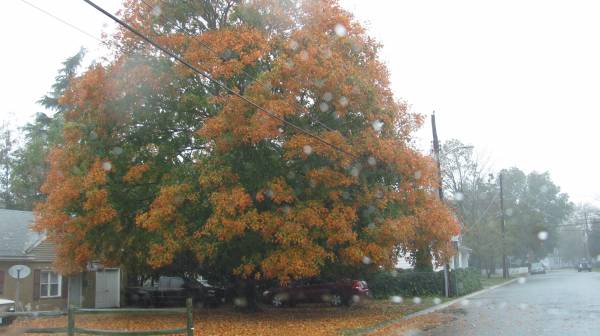 "Beauty Amidst the Fury"
Photo/Rob Clarke 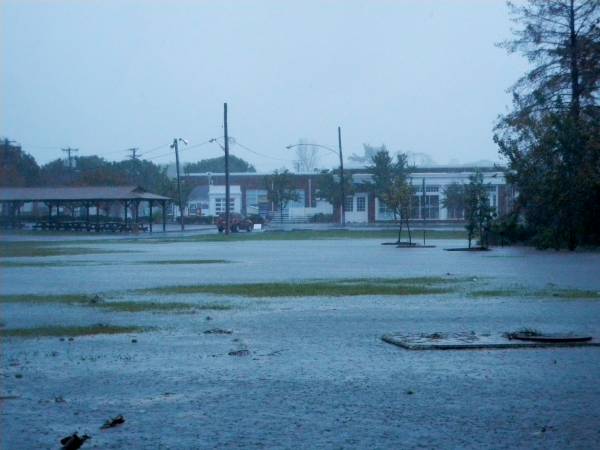 Cypress Park before the storm.  If you have seen the aftermath of Sandy you know conditions got much worse in the park and downtown.  Photo/ Donna Clarke 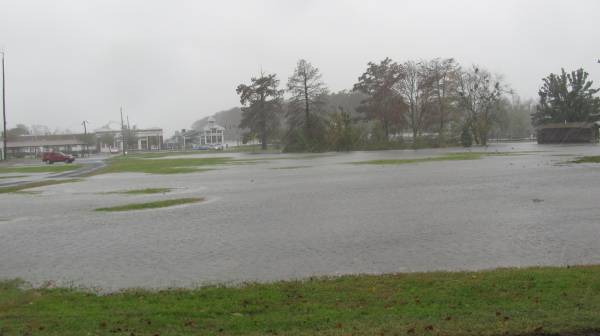 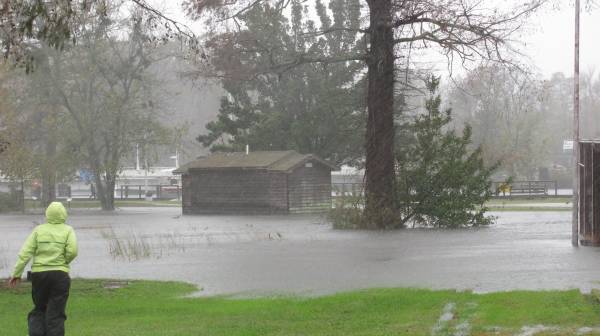 Looking towards Cypress Park around 11:00 a.m.
on the 29th day of October. Photo/Rob Clarke 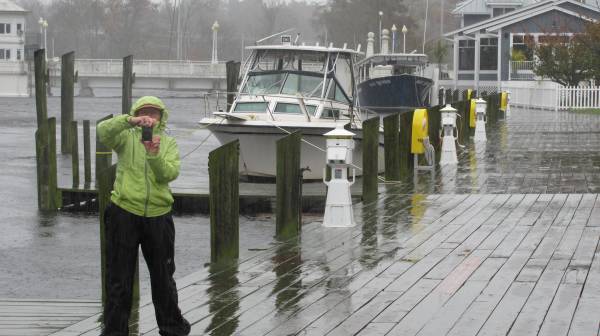 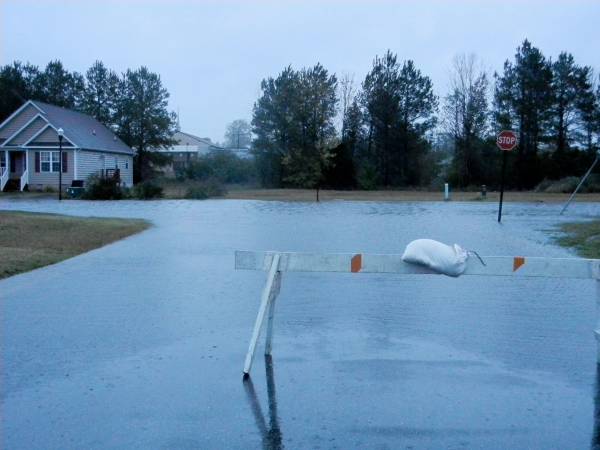 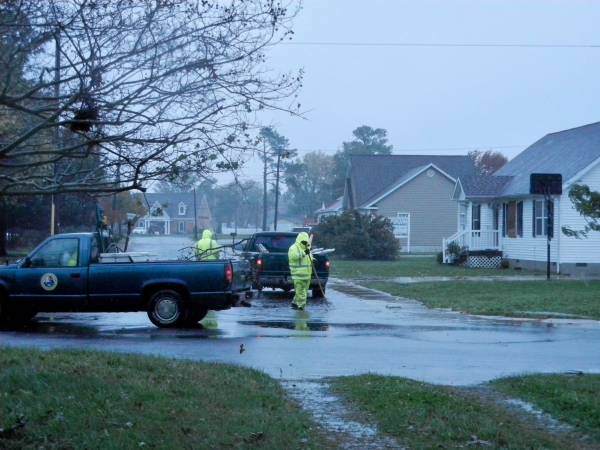 City Crews working during the beginning  of Hurricane Sandy. The city crews  were right back  to work after the storm clearing the city streets of debris.  Photo/Donna Clarke

A huge thank you goes to the City crews, the Pocomoke City Police Department and office staff, Pocomoke City Vol. Fire Company and crew who stood by at the fire house over night, EMS, volunteers and anyone else who risked being in harms way in order to keep the city of Pocomoke City and citizens safe.