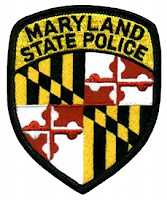 (CUMBERLAND, MD) – Maryland State Police are continuing the investigation into the murder of an inmate who died from injuries sustained in an assault late last year at a state prison in Allegany County.

The victim is identified as Jerod Pridget, 19, who was an inmate at the Western Correctional Institution. Pridget was assaulted in his cell on November 26, 2012. He was pronounced dead at the University of Maryland Shock Trauma Center on November 28, 2012.
A suspect has been identified and is an inmate at the same correctional facility. Charges against him are pending a presentation to an Allegany County Grand Jury. He will be identified publicly when charges are filed.

The investigation indicates that shortly before noon on November 26, 2012, an inmate contacted correctional officers and said his cell mate, identified as Pridget, had ‘an accident.’ Correctional officers responded to the cell and found Pridget unresponsive, with what appeared to be injuries to his head.

Medical staff at the hospital provided emergency care and Pridget was transported to Western Maryland Health System in Cumberland. On November 27, 2012, he was transferred to the University of Maryland Shock Trauma Center, where he was pronounced dead a day later.

Forensic evidence was collected from the victim’s cell the day of the assault by Maryland State Police crime scene technicians, whose assistance had been requested by Internal Investigation Unit investigators. The examination of that evidence at the Maryland State Police Forensic Sciences Division laboratory is continuing. An autopsy by the Office of the Chief Medical Examiner in Baltimore determined Pridget died from blunt force trauma.
Maryland State Police
Posted by jmmb at 7:20 AM