Arrest Made For Breaking and Entering Into New Church Business

According to Major Todd Godwin, on Thursday, January 13 at approximately 1:07 a.m., the Accomack County Sheriff's Office received a call regarding an alarm at the Bargain Barrel in New Church which was found to be the result of an actual breaking & entering.

When deputies arrived at the location, they discovered the suspect to be still inside the building at which time a perimeter was established around the business. Further investigation revealed that the suspect was in possession of stolen merchandise and the property was recovered by the Accomack County Sheriff's Office as the suspect was apprehended on the scene.

Douglas Edward Waters, age 42 of Pocomoke, MD, was arrested on charges of Breaking & Entering and Grand Larceny. He is incarcerated in the Accomack County Jail in lieu of a $3500 bond.

The Accomack County Sheriff's Office was assisted by the Virginia State Police and the Chincoteague Police Department.
www.shoredailynews.com
Posted by jmmb at 12:52 PM No comments: 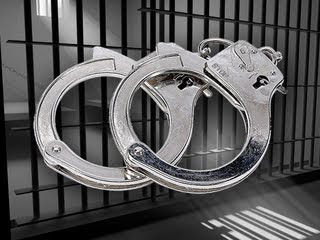 According to Major Todd Godwin, on Tuesday, November 9, 2010, the second suspect in connection with the October 10th armed robbery at Corner Mart in Oak Hall was arrested by the Chestertown, Maryland Police Department.

Information was received by the Accomack County Sheriff's Office on November 9 as to the whereabouts of Denzel Maurice Timmons. This information was forwarded to Maryland officials who were able to locate Timmons and take him into custody. Timmons is currently incarcerated in the Kent County Detention Center awaiting extradition to Accomack County.

On November 2, Dijon Ryheem Smith of New Church, Virginia was arrested and charged with Robbery and Use of a Firearm in the Commission of a Felony, in regards to this incident. He is currently incarcerated in the Accomack County with bond denied.
www.shoredailynews.com
Posted by jmmb at 8:31 AM No comments:

According to Major Todd Godwin, on Tuesday, August 24, the Accomack County Sheriff's Office received a report from the Town of Onancock regarding bones that were allegedly found at a construction site near the Onancock Treatment Plant.

The remains were discovered by a former employee of a contractor for the Town of Onancock and were taken to the town office. Further investigation revealed that during the early stages of construction at this site, a headstone from 1800's was found and work was ceased until the site was cleared by the James River Institute for Archaeology and the Virginia Department of Historic Resources.

Major Godwin stated the skeletal remains are being transported to the Medical Examiners Office in Norfolk, Virginia and the investigation is continuing.

www.shoredailynews.com
Posted by jmmb at 4:57 PM No comments: