Worcester County Sheriff's Office
CRIMINAL ENFORCEMENT TEAM Honored
On May third 2012 Members of the Worcester County Sheriff’s Office Criminal Enforcement Team were honored by the Department of Justice United States Attorney’s Office of the eastern district of Virginia. The U. S. Attorney Neil H. MacBride presided over the ceremonies honoring several Law Enforcement
Officers from Eastern Virginia for the outstanding work they had done solving major crimes in the area.
﻿ ﻿
Worcester County Sheriff’s Office Deputies, Sgt. Passwaters, Cpl. Ramey, Deputy First Class Trader, and Deputy First Class Wells, were among the Officers honored for the investigation, arrest, and conviction of several subjects that were distributing drugs in the Maryland and Virginia area.
Operation “Bakers Dozen”, as it was called, initially identified 13 people that were involved together in selling drugs on the Eastern Shore of Virginia. The investigation revealed that the drug activity reached into Worcester County Maryland.
Virginia State Police investigators called on the Worcester County Criminal Enforcement Team to assist them in the investigation and apprehension of subject selling large quantities of drugs in the Maryland Virginia area. The investigation led to more than the original 13 people that were involved in the drug trade.
The major target of the investigation was arrested and charged federally for distribution of controlled dangerous substances. That subject was sentenced to close to 20 years in federal prison for his actions.
-Congratulations.  Working together does make a difference.-jmmb
Posted by jmmb at 3:48 PM No comments:

To the Virginia State Police, Virginia Marine Resources Commission, the DEA and the fantastic sheriff's departments of this great Eastern Shore THANK YOU! for what you have accomplised in the attempt to keep our neighborhoods free of drugs.
The interesting person in all of this is another ringleader arrested on federal drug charges is Bryant E. Planter, address listed as Hebron, MD., currently serving a prison sentence of 19 1/2 years.
.
We at the PPE have done a little investigating ourselves and it seems that Planter did purchase properties (with drug money) in Pocomoke City, Maryland. Some purchases were made also with his wifes name included.
Properties purchased by Planter:
2000 Second Street
2002 Oak Street

If you keep looking one can figure what he did to hide the fact he was a big time ringleader in drugs.

Using and reporting the rent as income, more than likely, Planter was able to secure loans to purchase other properties. It would be no surprise if Planter wasn't funneling drug money through these rented properties somehow and claiming it as income from rent.

Other properties purchased through a realtor:

Some of these properties were listed in a tax sale in May of this year.

The exact house numbers are not listed because it is not known if the homes are occupied. Going through the list of those arrested in Pocomoke recently we could find only one that lived at one of these addresses.

We found NO evidence that Planter purchased any real estate business in Pocomoke. NONE

He did start his OWN real estate holding company using a Snow Hill address  to cover his drug actions.

These types of people are NO JOKE and NO laughing matter. They mingle among us and without a trained eye we never see what might be going on in our own home town. The chore to track them down and unwind their actions is long and tedious.

This is why investigations sometimes take years. And this is why we sometimes think the authorities are not looking and not listening. Unless one knows what to look for there is no way to tell. Planter purchased properties in Pocomoke City without raising an eyebrow. Not because anyone was stupid or allowed him to do so........These people know what they are up to.

There is more information on all of this but we are not prepared to post it at this time. 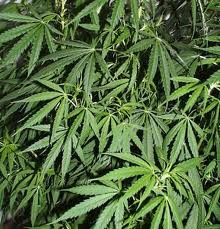 With hunting season in full swing, the Virginia State Police is asking for the public's assistance with reporting suspicious activity relating to drug activity and marijuana grow sites. This summer more than 35,000 marijuana plants were eradicated throughout Virginia with the assistance of federal, state and local law enforcement officials as part of the Governor's Initiative Against Narcotics Trafficking (G.I.A.N.T) program.

"The discovery and destruction of these illegal grows have played a significant role in preventing marijuana from reaching the streets and Virginia's youth," said Lt. Richard A. Childers, Virginia State Police Bureau of Criminal Investigation's Richmond Drug Enforcement Section. "In addition to the more than 180 arrests resulting from the 2010 GIANT initiative, millions of dollars have also been kept out of the hands of drug dealers."

Because the cultivation of marijuana is a year-round process, law enforcement needs Virginians - especially hunters - to be on alert to what may indicate an area being used to illegally grow marijuana.

- an obscured/hidden clearing in the woods, swamp or corn fields possibly near or with reasonable access to water;

- shovels, pails to haul water, bags of fertilizer and/or chemicals discarded near the clearing;

- random, well-trampled trails leading into the woods or swamp.

Hunters are advised not to confront anyone they may encounter near a clearing or possible grow site. Instead, please take mental notes of what you see, smell and hear at that location, and then report it to law enforcement.

Anyone with information is asked to call the Virginia State Police Bureau of Criminal Investigation Drug Diversion Unit at 1-800-553-DOPE (3673). You can also contact your local law enforcement to report illegal activity. Information you provide can result in a cash reward and all information is confidential.
www.shoredailynews.com
Posted by jmmb at 7:50 AM No comments: