Over the weekend, the General Assembly was able to agree on a package of amendments to the biennial budget, and left Richmond only one day behind schedule. While there were definitely compromises made, I am happy to report that we were able to restore $100 million for health insurance for low income Virginians, $75 million for our public schools, and over $20 million for local law enforcement, to include funding to fill vacant judgeships on the Eastern Shore and in Virginia Beach. We also made significant investments in higher education, community-based services for the disabled, and shoring up the rainy day fund. Looking locally, we provided funding increases for ODU, EVMS, and CHKD.

Aside from the budget, there were some other legislative successes this year. We mandated that insurance providers cover services for many children with autism, protected the Chesapeake Bay by banning phosphorus in lawn fertilizer, and took a major step toward fighting childhood obesity by requiring 150 minutes of PE per week in grades K-8. We also managed to pass an important - though temporary - fix for transportation funding which will allow for the construction of long overdue projects in our area.

There are still many challenges ahead as we begin to emerge from the economic downturn, and I am committed to working with you all to improve our transportation network, increase opportunities for education and employment, and protect our natural resources. I am excited to return to Hampton Roads and spend time listening to your ideas about how we can build on the progress we are making in these areas and others. Maybe most importantly though, I am eager to do my part to help ensure that Virginia stays above the raw politics and negativity that currently characterizes many debates at the national level. Ours is a diverse state within a diverse nation, and we all have our differences. However, I am focused on what we can accomplish together, not what can push us farther apart.

As I begin my bid for re-election to the Senate, I will be making every effort to visit all the communities of the 6th District, and will keep you posted as we put together local public meetings. Please also let us know if there is an event or gathering you would like me to attend. Additionally, I will need your help to return to Richmond, so please contact my aide Matt Strickler at (757) 818-5172 or matt@ralphnortham.com if you would like to volunteer on my campaign between now and November 8. I look forward to seeing you all soon.

Source; www.shoredailynews.com
Posted by jmmb at 8:05 AM No comments:

RICHMOND, Va. (AP) — Bills allowing inmates to maintain Virginia's rest stops has cleared both houses, but not without debate that doing so could hurt public safety and Virginia's image.

The Senate passed the bill on a 26-14 vote Wednesday after questions by legislators on both sides of the aisle about how the inmates would be supervised and what message it sends to visitors. The House also passed a bill on a 74-24 vote.

Sen. Emmett Hanger said his bill would save the state money. The state currently contracts with private companies to provide the labor, but could pay the Department of Corrections $1.50 per hour for the work.

All work would be outside the rest stops, such as mowing the grass, fixing the roofs and landscaping.
www.wtkr.com
Posted by jmmb at 7:30 AM No comments:

Rigell Sworn In As Part Of the 112th Congress

He's part of the new Republican majority that has taken over leadership of the U.S. House of Representatives and vowed to move quickly to consider legislation that would repeal the health care overhaul law passed last year.

Rigell, who has never held elected office before this year, campaigned promising to cut spending and government regulations and to focus on job creation.

He acknowledged that one of the things he has to figure out is how to exert influence. “I do not intend to hunker down in my office and hope I don’t say something stupid," he said. "I want to swing the bat.”
Republican House leaders have said they hope to push for a vote by next week to repeal the health care law. If passed, the measure would still need approval of the Democratic-controlled Senate and would have overcome a likely veto by President Barack Obama.

U.S. Rep. Randy Forbes of Chesapeake is to be chairman of the readiness subcommittee, and U.S. Rep. Rob Wittman of Westmoreland County will head the oversight and investigations subcommittee.

SNOW HILL -- Worcester County has opted out of a Maryland state law that would have required all new one- and two-family dwellings in unincorporated areas to contain residential sprinkler systems.

Several of the commissioners who voted to opt out said phone calls and e-mails from constituents expressing concern about the price of the sprinkler systems had convinced them opting out was the right choice.

"The majority of my constituents are in favor of the county opting out, and the main reason is economics," Lockfaw said.

He later said the Pocomoke City Fire Department is not in favor of mandating residential fire sprinklers either.

At a Sept. 21 public hearing, commissioners listened to arguments for adopting the law from Worcester County Fire Marshal Jeff McMahon and the National Fallen Firefighter's Foundation. Real estate agents, developers and some residents spoke against letting the rule go into effect.

After attempts to get a consensus, commissioners were unable to reach a vote on opting out or amending the mandate. The legislation would have taken effect Jan. 1 if commissioners had not voted.

Boggs, who voted against the measure, said it is the responsibility of the government to protect citizens.

"I have been thinking back to the public hearing," Boggs said. "The welfare of residents and life safety would be better served by mandating."

Church said he had brought the item back up because several commissioners asked him to, noting Lockfaw and Bunting were not commissioners during the previous vote. Those two should have the opportunity to vote on the legislation, Church said, because they will represent their constituents when it takes effect.

Even though commissioners have opted the unincorporated areas of Worcester County out of the mandate, new homes with four or more stories, as well as new modular homes, will still be required to install the sprinklers.

In addition to Worcester County, Pocomoke City has opted out of requiring residents to install residential fire sprinklers; Ocean City has let the legislation stand; Berlin has opted out for one-family dwellings; and Snow Hill is scheduled to hold a vote Dec. 28.

Senate Votes To Turn Down Volume On TV Commercials

I know commercials can be annoying and loud. I discovered this back in 1976 with the birth of my first daughter and her attraction to them. Back then she wasn't interested in buying any of those products, she had been distracted from her normal routine by the volume of the commercial.

So now time is being wasted on passing legislation to have advertising companies turn back the volume on their ads. Good grief! How are these companies supposed to sell? Remember, you TV people, you don't have to get your butt up anymore to turn a volumn knob.......just hit mute on the remote!

Besides, even with lower volume on TV ads you still won't be listening or hearing any better when someone is trying to speak to you. You will still answer with "HUH?"

Know what I would like to see abolished from TV? Some TV shows themselves......"The Price Is Right" and "Let's Make A Deal". That's loud........oops, not an annoying commercial. 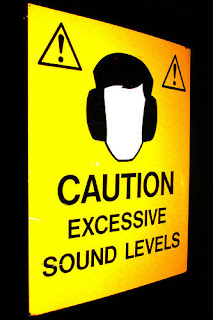 WASHINGTON (AP) - Legislation to turn down the volume on those loud TV commercials that send couch potatoes diving for their remote controls looks like it'll soon become law.

The Senate unanimously passed a bill late Wednesday to require television stations and cable companies to keep commercials at the same volume as the programs they interrupt.

The House has passed similar legislation. Before it can become law, minor differences between the two versions have to be worked out when Congress returns to Washington after the Nov. 2 election.

Ever since television caught on in the 1950s, the Federal Communication Commission has been getting complaints about blaring commercials. But the FCC concluded in 1984 there was no fair way to write regulations controlling the "apparent loudness" of commercials. So it hasn't been regulating them.

Correcting sound levels is more complicated than using the remote control. The television shows and ads come from a variety of sources, from local businesses to syndicators.

Managing the transition between programs and ads without spoiling the artistic intent of the producers poses technical challenges and may require TV broadcasters to purchase new equipment. To address the issue, an industry organization recently produced guidelines on how to process, measure and transmit audio in a uniform way.

The legislation, sponsored by Sen. Sheldon Whitehouse, D-R.I., requires the FCC to adopt those recommendations as regulations within a year and begin enforcing them a year later. Rep. Anna Eshoo, D-Calif., is the driving force behind the bill in the House.

Its title is the Commercial Advertisement Loudness Mitigation Act, or CALM.

Sen. Charles Schumer, D-N.Y., a co-sponsor, said it's time to stop the use of loud commercials to startle viewers into paying attention. "TV viewers should be able to watch their favorite programs without fear of losing their hearing when the show goes to a commercial," he said.