Posted by The Public Eye at 7:21 PM No comments: 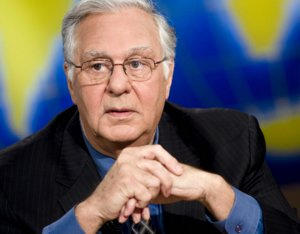 Former House Majority Leader Dick Armey is organizing a march on Washington against the Obama administration’s healthcare plan that he hopes will finally finish off the Democratic push for socialized medicine.

The march, organized by Armey’s political group FreedomWorks, is scheduled for Sept. 12 and is already generating hundreds of thousands of responses, the Texas Republican tells Newsmax.TV. The group isn’t providing transportation, but that doesn’t seem to be a problem.

“We had a guy the other day from Indiana that said, ‘I want to get there.’ When we explained that we don’t bus people into these things, he said, ‘No, a bunch of us are getting together and renting our own bus. We’re all coming,’” Armey told Newsmax.TV’s Ashley Martella.

“The fact is they want their voices to be heard and they are looking at a venue in which they can express it.”


To read the rest of the story CLICK HERE
Posted by The Public Eye at 6:51 PM 3 comments:

Obama Wants You to Work For Your Own Tax Money

If these folks are not employed they are obviously living off your tax dollars in some way shape or form be that welfare, unemployment, or SSI. How do you like paying these folks twice while they get everything free?

Astroturf Is Cheap But Not Free

Out of work? No problem, Comrade Obama et al. are hiring. The pay is probably about the same as McDonald's, but you get the added satisfaction of helping to create the impression that Dear Leader has public support for his radical agenda.

As an added benefit, any taxes you pay will probably come back to you in future paychecks.

VIA
Posted by The Public Eye at 5:41 PM No comments:

New welfare fraud scheme going on in Rochester, NY
This is now being reported as a nation wide problem!!!

Your stimulus dollars at work:


You, federal taxpayers, and George Soros (LOL!) were ripped off.

I’m actually not sure you can call this fraud when every welfare recipient (with children) in Rochester received $200 extra (per child!) this month ostensibly for school supplies with no strings attached. Big surprise! Many went on wild shopping binges as wealth is redistributed.

(Rochester, N.Y.) – Monroe County Executive Maggie Brooks said the state school supply grants handed out to New York State food stamp and welfare recipients are not being used as intended by many families. She said the program has “widespread, rampant abuse.”

“There were better ways–You don’t have to support families to buy school supplies by giving them cash,” she said.

Brooks said the county has been overwhelmed by reports, some of them from store owners, of people using the money to buy TVs and other luxury items.

“We actually received a telephone call from WalMart on Hudson Avenue suggesting that there was welfare fraud, and indicating they were going to call the FBI because people were going in and buying X-boxes, Wii systems, flat-screen television sets,” said Kelly reed, the county’s commissioner of social services. “Wegmans has indicated people are buying tickets to Darien Lake.”

The $200 per child grants showed up in welfare accounts this week. Many recipients had no idea the money was coming, and flooded area stores and ATMs.

The money is a combination of $140 million in federal stimulus funds and a $35 million donation from philanthropist George Soros. About $6.5 million went to more than 32,400 children in Rochester. Critics have said the program invited waste and abuse, because there are no strings attached to the grant money.

Actually I have been wondering if Soros (who surely helped collapse the economy last fall) is out trying to prop up the economy now because they have to be getting desperate to show that Obama’s stimulus plan is working. This article answers my question.

Cash for flat screens! New welfare fraud scheme going on in Rochester, NY « Refugee Resettlement Watch
VIA
Posted by The Public Eye at 10:18 PM No comments: