WILLIAMSBURG, Va. (WAVY) - Williamsburg police are looking for a William and Mary student who was last seen by a friend on Saturday at around 9:30 p.m.

Police are looking for 21-year-old Ian Kramer Smith-Christmas. Police say Smith-Christmas was last seen in the 800 blk. of Westgate Circle on Saturday.

Smith-Christmas can be seen in the photo to the left of this story. He's described as a 6-feet tall white male, 150 pounds, with green eyes and blond hair.

Police say he may be driving a silver Ford Taurus with VA tags: YPC-9783.

Police don't suspect foul play at this time, however, they're asking anyone with information on Smith-Christmas' whereabouts to call Investigator Rice at 259-7207 or 220-2331. 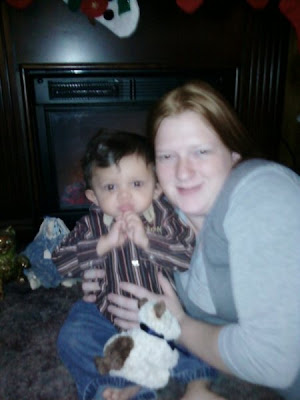 This is a missing person case not unlike the Christine Sheddy case.

I have spoken to the mother and in her view of things she is not getting the cooperation and attention of the police agencies that a missing person case deserves so lets get her side of the story out in the ‘public eye’ and lets find this missing young lady.

Kirsten is a Worwic college student that would ride the transit bus everyday to get to Worwic. Kristen’s mother Teresa, would take Kristen to Wal*mart every Monday thru Thursday to catch the transit bus to Worwic, this was a daily routine that began in November of this year.

April 6th 2010 Kristen’s mother Teresa dropped Kristen off at the transit bus stop as usual and Kristen got on the bus to travel to Worwic just like any other day but on the day April 6th 2010 Kristen did not come home. We do not know if Kristen made it to the Worwic stop or got off the bus somewhere in-between Pocomoke and Worwic college but we do know Kristen did not go to class and did not come home, Kristen’s mother has not seen her daughter since that day, April 6th 2010.

Kristen has a boyfriend that has been abusing her, he has beat Kristen a number of times to the point that Kristen had to visit the ER. Kristen’s mother says that charges were pressed but each time Kristen dropped the charges.

Near the date that Kristen went missing her boyfriend beat her again, sending Kristen to the ER for the 4th time, Kristen pressed charges, this time Kristen did not drop the charges and the boyfriend was arrested. Kristen’s boyfriend made bail after a few days in incarceration, 3 days later Kristen went missing.

Kristen’s mother received an anonymous phone call Thursday the 8th saying that they saw Kristen walking the streets in . Then on the 10th Kristen’s mother received a call from the police telling Kristen’s mother that they had Kristen in custody but they could not hold her because Kristen is an adult. At that time Kristen did speak to her mother Teresa and Teresa says Kristen begged to come home and that she does not know how she got to , her purse and personal belongings are not with her and she does not know where or how her belongings disappeared.

Kristen’s mother Teresa and Kristen’s brother took off to to search the area and covered the ground from April 10th thru April 12th with no luck.

Teresa has the tracking feature on Kristen’s cell phone and it’s showing up in and is being used at a very unusually high rate, much more than Kristen would use it. Kristen’s mother has reported the whereabouts of the cell phone but police tell Teresa that they cannot help as long as the phone is moving. The signal from the phone seams to be mainly in the area of .

If anyone knows the whereabouts of Kristen Shockely please contact the Pocomoke city police @ (410) 957-1600 or email me at this blog. We need to bring Kristen home.

Body May Be of Missing VT Student

Police say they are confident that skeletal remains found on a Virginia farm are likely those of a Virginia Tech student who vanished after attending a Metallica concert in Charlottesville.

State Police Superintendent Steve Flaherty says an autopsy will be conducted to confirm that the remains are those of Morgan Harrington, who disappeared on Oct. 17.

The 20-year-old Roanoke woman became separated from friends after she left a concert arena and was denied re-entry.

The skeletal remains were found Tuesday morning by a farmer surveying his farm. The farm is about 10 miles from where Harrington attended the concert at the John Paul Jones Arena in Charlottesville.