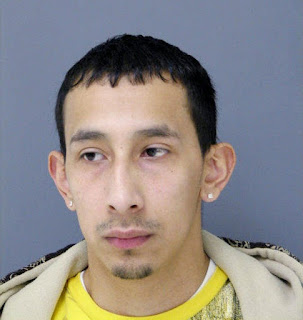 WASHINGTON - The Chairman of the Prince William County Board of Supervisors is furious with the federal government after learning that Carlos Montano - the man responsible for a car accident that killed one nun and injured two others Sunday morning - was an illegal immigrant in the early stages of being deported.

In a phone interview with WTOP Monday, Corey Stewart says on two separate occasions in 2007 and 2009, Prince William County Police identified Montano as an illegal alien.

After serving his sentences, Prince William County Police handed Montano over to Immigration and Customs Enforcement officials, who were told to deport him.

Stewart says ICE has refused to tell Prince William County why Montano was released instead of being deported.

WTOP reached out in ICE for answers to Stewart's questioning. ICE spokeswoman Cori Bassett responded in a statement: 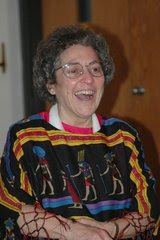 "Carlos Abraham Martinelly Montano is currently in immigration removal proceedings. ICE first encountered Montano in October 2008 when he was released to ICE following a local arrest for a DUI charge. ICE immediately placed Montano into removal proceedings by issuing him a notice to appear in immigration court. He was released on his own recognizance and has reported as required, on a monthly basis to ICE."

Sources also tell WTOP that Montano did not meet ICE's minimum threshold for mandatory detention and deportation. An illegal immigrant must be convicted of a violent felony to fall into this threshold. Numerous DUI convictions do not qualify as a violent felony.

For immigrants who do not meet the violent felony threshold, ICE uses three criteria to judge whether to release or hold an individual:

Ties to the community

Likelihood to get favorable ruling from immigration judge

In Montano's case, ICE determined Montano could be released.

The last step in his case was a judgment to be made by an immigration judge. The judge had not yet reached a decision in Montano's case.

"Congress will not give Immigration and Customs Enforcement the funding, to not only not jail these illegal aliens, but not even to pay for the deportation of illegal aliens who are committing crimes in our neighborhood," Stewart says.

Police say Sister Denise Mosier was a passenger in the back seat of a car traveling to a retreat when Montano collided with her and two other nuns. The 23-year-old's driver's license had been revoked, and he had twice been convicted of drunk driving.

"This crime need not have happened, this nun need not have been killed, if federal authorities, who now have blood on their hands, have done their job in the first place, and had this sleazebag deported," Stewart says.
www.wtop.com
Posted by jmmb at 7:30 AM