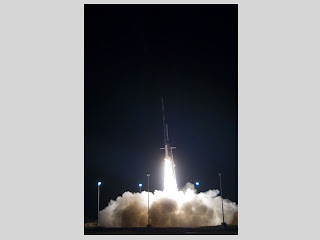 The rocket launched at 5:15 a.m. It's mission, according to NASA, was to "flight qualify the new production Nihka rocket motor, the third stage in the Black Brant X."

The next mission from NASA's Wallops Flight Facility is expected no ealier than August 23.

To view rocket launch from NASA click below.
NASA - NASA Sounding Rocket Launched August 4
www.wavy.com
Posted by jmmb at 7:52 AM