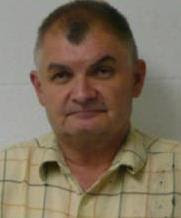 Residents in Darby, Pa., were only mildly shocked to hear that a local man was arrested on murder charges last week in Worcester County, after police said he pushed his elderly mother out of his van and deliberately ran her over several times.

Steven Molin, 58, was charged with murder on Sept. 1 in the death of his mother, 85-year-old Emily Molin. He told police his mother fell out of his work van while they were driving down a country road outside Berlin and he must have hit her when backing up to go look for her, but the police said the evidence pointed to a deliberate act.

Neighbors living in the Pennsylvania town of Darby, where the Molins lived, were saddened by the news of Emily Molin’s death. But few were truly shocked to learn that her son was accused of killing her in such a bizarre and violent manner.

“It was kind of a shock to me that he would go to this length, but then again, I’m not really all that shocked,” said Paula Brown, a former mayor of Darby who has known the Molins for more than 30 years. “He has been quite a character. He’s quite aggressive. If you didn’t agree with his point of view he would get very, very aggressive with you.”

According to the Worcester County Bureau of Investigation, Molin allegedly ran over his mother two or three times. The story he told police that she accidentally fell out of his van did not add up with the evidence.

Emily Molin was a sweet woman who did not deserve to die in that manner, Brown said. She said Steven was extremely controlling with his mother when they lived together, often refusing to let her speak with the neighbors, and social services had moved Emily out of their home. He has an odd personality that made many people in the town uncomfortable, she said.

“He controlled her all the time. If I would go to the door to hand out information when I was on council and the mayor, he would sometimes push her in the house if he didn’t want her to speak to you any more,” Brown said. “A lot of people in Darby are very sad over this. Mrs. Molin was a lovely person.”

Molin is a self-employed handyman in Darby. His arrest in Worcester County was not Molin’s first brush with the law. In 1982, he was convicted on aggravated assault charges, according to online court records, and three years later, he was sentenced to two to four years in prison for receiving stolen property. Earlier this year, he pleaded guilty to harassment charges. He also burned down a dentist’s office he was working on in Darby.

Molin is being held at the Worcester County Jail with no bond. A preliminary hearing in the case has been scheduled for Sept. 30 in Snow Hill District Court. The residents of Darby will be keeping a close watch on the case, Brown said.