Mother Made Son Eat Feces And Vomit (excuse me- ALLEGEDLY

WHAT A BEAST THIS MOTHER IS!! 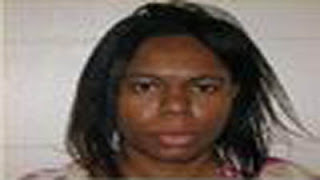 CLEVELAND, Ohio -- A Cleveland woman has been indicted on 12 counts for allegedly beating and cruelly treating her two 14-year-old sons, prosecutors say.

According to Cuyahoga County Prosecutor Bill Mason's office, Talthina Jackson, 37, of Cleveland, was indicted on charges of felonious assault, endangering children, domestic violence, and aggravated menacing for assaulted one of her 14-year-old sons by choking him, biting his face, and striking him in the head with an iron.

Prosecutors say Jackson attacked the teen because he was playing on the computer in her bedroom without permission, and she thought he was stealing from her.

A neighbor that called police reported the teen had blood running down his head as he ran from the family's home on Crenell Avenue. Authorities say the teen has multiple scars over his body from being beat with a pole by Jackson.

Prosecutors alleged that Jackson abused her other 14-year-old son on several occasions this year, making the teen lick up urine from the floor, eat cat food and eat his own vomit and feces.

Jackson was arraigned on the charges on September 8th and has posted a $35,000 bond. She has a pre-trial hearing set for September 14th.
www.wtkr.com
Posted by jmmb at 2:27 PM