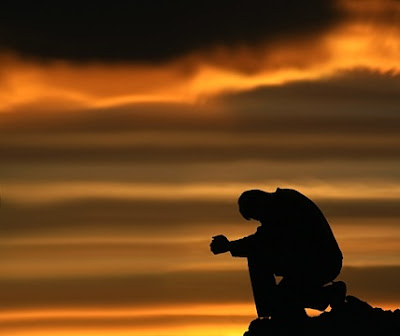 POCOMOKE CITY -- After friends and family made a late-night attempt to prevent him from driving drunk, police said, Jesse James Mason drove off anyway, dragging a friend who was hanging onto his truck, killing him.

Mason, 24, of Pocomoke City is being held on $100,000 bond after being charged in the death of Hunter Lee Stonnell. Mason was attempting to drive out of a parking lot Friday night, police allege, when Stonnell, who was trying to keep him off the road, was thrown from Mason's vehicle.

In an interview with police, Mason said he "began drinking earlier in the afternoon, before driving with Stonnell to Virginia, where he consumed another five to six beers," according to District Court charging documents.

After returning to his house in Pocomoke City, Mason and his wife became involved in an argument, because she didn't want him to drive, according to court records.

He returned to his vehicle. His wife called Mason's father for help and asked Stonnell to drive her to the parking lot where Mason's car was parked, charging documents say. Arriving at his car, Mason was met by his wife, his father and Stonnell.

When Mason refused to not drive, Stonnell grabbed onto the side of the truck, according to court documents. Mason reportedly told him to "hold on" and began to accelerate out of the parking lot.

Witnesses said the victim was hanging out of the driver's side of Mason's white Ford pickup truck, attempting to prevent him from driving, when he was thrown from the vehicle.

Mason told police he knew Stonnell had to be injured, but continued driving to his home, according to court documents.

Stonnell, 21, was born in Oklahoma to parents who made their home in Westover. He graduated from Crisfield High School in 2007 and was working as a heavy equipment operator with the Vulcan Materials Co. in Pocomoke City. He belonged to Glad Tidings Assembly of God in Pocomoke City.

Funeral services will be held Thursday at 7 p.m. at Bradshaw & Sons Funeral Home in Crisfield.

This young man Jesse Mason no doubt has serious alcohol problems. Let's just hope and pray that now, while out on bail he refrains from consuming alcohol, and not uses this tragedy as an excuse to get drunk, which so often is the case.

Not really accurate reporting. A lot of "Police said" but they really didn't say that, hearsay did. This case has been misrepresented by the media and bloggers on so many levels that nobody will ever be able to escape the harm done. Forensic science, actual real witnesses and science reenactments prove this was an unfortunate accident of two kids horseplaying. Unfortunately, the laws mandate that someone take the blame. Vehicular negligence homicide means that this was an accident. The family was not all there begging Jesse to not drive.
This has been a nasty case full of unscrupulous actions, bad reporting, false eyewitnesses, all to get information memory and twist the facts. Jesse has been "man enough" to allow the venting and the gossip to go on. It is just sad. Hunter or Jesse did not deserve these actions or this vindictive hunt left in his name. The split and pain this vindictive behavior and bad ethics in reporting has caused on the families is horrible. On the eve of the anniversary of Hunter’s passing, let’s put this to rest. Forgive and move forward. It is what Hunter would have wanted. He was a peacemaker.