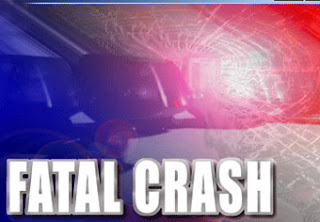 A 22-year-old Baltimore woman — who police say was caught shoplifting Thursday — died after her vehicle ran into a pole in the White Marsh Mall parking lot, Baltimore County police said.

According to police spokesman Lt. Robert McCullough, Lauren Nicole Turner of 1100 block of Ramblewood Road was caught shoplifting at the Ikea in the 8300 block of Honeygo Boulevard in White Marsh at 11:15 a.m. Thursday. Workers took her name and released her from the store.

Around noon, the spokesman said, Turner "was observed driving at a high rate of speed" in the Sears parking lot of the mall, which is next to the Ikea store. The 22-year-old was ejected from the car, a Volkswagen Beetle with Virginia tags, after it ran into a concrete light base. Turner died on the scene.

The crash is being investigated by the Baltimore County crash team, McCullough said.

That is some BAD kharma!

So was the car accident connected to the shoplifting? It's a bit of a sad situation, but in the end both were a cause of rash action. It's a shame because there seems to be no logical reason as to why she should shoplift or speed...