FREDERICKSBURG, Va. (AP) Florida Pastor Terry Jones canceled his Sept. 11 Quran burning, but what has become of the Islamic holy books since the international controversy has subsided?
The answer rests with the Rev. Patrick Mahoney, a well-known Christian activist from the Fredericksburg area.

Mahoney traveled to Gainesville, Fla., to pray on the grounds of Jones' Dove World Outreach Center in the days before Sept. 11, trying to convince the preacher to cancel the burning.

Mahoney returned to Florida last week and collected some 225 Qurans. He now expects to distribute them to Christian churches and missionary groups as a tool for interfaith dialogue.

"We plan to use them as a physical reminder of how the church is to reach out to our Islamic friends," he said.

Mahoney brought some of them home and had the rest shipped to the Washington, D.C., office of the Christian Defense Coalition, which he leads.

Mahoney, who has prayed with Muslim leaders in Iraq and Morocco, told Jones that Islamic countries wouldn't understand a church acting independently of the government.

"So, to the Islamic world it wasn't just a church in Gainesville, Fla., with 50 members burning a Quran, it was every Christian in America," Mahoney said. "He wouldn't just be burning a book, he would be burning bridges and relationships."

After leaving Florida following a meeting with Jones, Mahoney couldn't stop thinking about the Qurans. Back home, worshiping at Grace Church of Fredericksburg, he had an idea.

"I felt if churches had them, they would be a reminder that once these Qurans would be burned, but now they can be used to build bridges," said Mahoney. 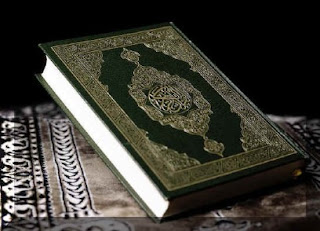 He plans a press conference this morning to announce his plans for the holy books.

This weekend, he hopes to give a Quran to a Fredericksburg-area church.

For Mahoney, rescuing the Qurans is another step in a journey he began several years ago.

He reached out to the Islamic community and has since prayed with Muslim leaders in Iraq and Morocco.

In recent months, with Jones' plans and a controversy over a proposed Islamic center near Ground Zero, Mahoney said the need for interfaith dialogue has grown exponentially.

"These are murky waters we are trying to navigate," he said. "Rarely do any rise to the complex challenges we are facing between the Christian community and the Islamic community here in America."

Mahoney has spoken with several Muslims about his plans and said reactions have been mixed.

"Most are extremely happy that the Qurans won't be destroyed or harmed. Some have reservations about placing them and giving them to churches and Christian leaders," Mahoney said. "All expressed gratitude that they were not being burned."