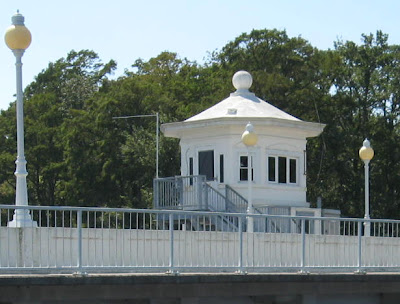 MINUTES FROM SEPTEMBER  12, 2011
MAYOR AND COUNCIL MEETING
The regular meeting of the Pocomoke Mayor and Council was held in the Council Chambers at City Hall on Tuesday, September 12, 2011. The meeting was called to order at 7:30 P.M.
Present: Mayor Bruce Morrison

Review Minutes:In a motion (Hawkins, Clarke passed), to approve the minutes of August 8, 2011.

Introduction of new police officer, Lynell Green:Chief Ervin introduced Lynell Green as a new officer, stating that he is Maryland certified and currently working in Baltimore City. He will begin his duties on October 13, 2011.
Police Chief J.D. Ervin and CALEA Coordinator Shawna Gammino to present official certificate from CALEA renewing the Pocomoke Police Department’s status as a "Recognized CALEA Agency."Chief Ervin stated that he was happy to present the Council with this great honor. The Department was first recognized in 2008 and must be recertified every three years. Following an extensive update of all CALEA files by P.C.O. Shawna Gammino, the Department has met all standards to be recertified.
Mayor Morrison congratulated the Chief and Ms. Gammino on their hard work in getting the Department up to the high standards of CALEA.
Councilman Hawkins stated that it is a great honor to have our Police Department recognized by CALEA.
Chief Ervin also stated that he was pleased to announce the promotion of Lt. Kelvin Sewell to Captain effective October 1. He added that Lt. Sewell is doing a great job for the Department and he was very pleased with his work.
Mayor Morrison stated that it was a well deserved promotion, and Councilman Hawkins added that he is very pleased by this promotion.

Representative of Pocomoke City Chamber of Commerce to present plaques thanking several City Departments for their assistance during the 2011 Cypress Festival:Bill Hickman, President of the Chamber of Commerce, stated that it was a great pleasure to present these awards tonight. He said that the City Departments help the Cypress Festival and that the Chamber is very appreciative for the help of the City. He presented awards to Pocomoke City Police Chief J D Ervin for the help from the Police Department; Mayor Morrison accepted a plaque on behalf of the Public Works Department. Mr. Hickman stated that the Public Works Department maintained the park for the festival and they helped with the set-up and taking down the tent, booths and other. Mr. Hickman also presented the Mayor and Council a plaque, stating that the festival would not be successful if the Chamber did not have their support. He added that he appreciates all the things the City does for the Chamber.
Mayor Morrison thanked Denise Wagner for her work at the Chamber and the things that she does to promote the City.

City Manager and representatives from Becker Morgan Group to present summary of bids received for renovation to building at 1500 Market Street for new Police Department offices. (Bid opening 11:00A.M., 9/12/11):City Manager Blake stated that the City had received seven (7) bids. Although one of them did not meet all the requirements of the complete bid. He presented a spread sheet summarizing the bids received along with several alternates and unit prices as well as a base bide amount for each bidder. He recommended accepting the low bid from Beauchamp Construction of Pocomoke City in the amount of $468,400, and suggested that he meet with the architectural firm and Beauchamp Construction Co to " value engineer" some of the costs on the right side of the spreadsheet. Beauchamp Construction is willing to do value engineering. All bids received are over our estimated budget, but we have already talked to Shore Bank and they are still interested in financing this project for us. Meanwhile we are talking with USDA about permanent financing for this project.
Mayor Morrison asked if Unit Price Items in A, B, C, D are negotiable.
City Manager Blake stated that Beauchamp Construction is more than willing to work with the City on this project to reduce the cost.
Mayor Morrison asked is there is a standard for holding cells.
Chief Ervin stated that the walls be solid concrete or cinderblock with reinforcement.
Councilman Malloy asked how long does a person stay in a cell.
Chief Ervin stated that sometimes they must stay overnight because the Commissioner is not always available.
Jason Pierce, of Becker Morgan Group, stated that they appreciated all the work the City has given them and they are here to help. He stated that he agreed with Mr. Blake that Beauchamp Construction was the low responsible bidder.
In a motion (Cottman, Malloy passed) to accept Beauchamp Construction as the contractor with the understanding that the cost may fluctuate because of value engineering.

City Manager to present memo recommending that certain delinquent business taxes be written off:City Manager Blake stated that Finance Director Monna VanEss recommended to take several older accounts off our books because they are uncollectable. The auditors look at this list as a liability. With business taxes unless the business still owns a building in Pocomoke City, there’s no opportunity to collect these taxes.
City Attorney Hudson stated that he would check on one of them for the next meeting, but he thinks that just changing the corporate structure and continuing the same business operation might allow the City grounds to go after the new entity.
Councilman Hawkins asked what the cost would be for City Attorney Hudson to complete the research to see if it was cost effective.
City Attorney Hudson stated that with about fifteen minutes of research he would know if it would be worth the City pursuing with collecting the taxes.
In a motion (Malloy, Cottman passed) to write off the delinquent taxes except Steve Black/Arby’s until next meeting.

Discuss letter from Landmark Insurance Company concerning Worker’s Comp. Insurance:City Manager Blake stated that our worker’s comp insurance is with IWIF. IWIF works though agencies which get commissions. We don’t pay that directly to the agency. Landmark has offered to be more proactive in trying to protect the City’s interest than what we have had over the past few years. They are offering to have safety seminars, work with the department heads, and try to get the employees to think and work smart to get our rates down. It is something to try and see how it works. It does not cost us any more or any less to change agencies.
Mayor Morrison stated that he liked the fact that they are willing to do training and work with the department heads on working smarter.
In a motion (Clarke, Hawkins passed) to transfer the City’s worker’s comp to Landmark Insurance Company.

Rev. George Tasker stated that on September 23 there will be a Gospel Concert in Cypress Park and there will be free food. He invited the Mayor and Council and also asked if it was possible to have extra trash cans for that night.

Councilman Hawkins stated that the shrubbery in the parking lot around the Farmer’s Market needs to be pulled up as it looks bad. Also, at 603 14th Street, there is a storage pod which has been there for several months.

City Manager Blake stated that the recent Zoning Code does not allow them in the City limits.

Councilman Malloy asked about the status of several houses that were recommended to demolish: 618 Clarke Ave, 707 Clarke Ave., 705 Second Street, and 523 Young Street.
City Manager Blake stated that three that of them sent letters to repair or demolish within120 days and Mr. Davis is getting prices to demolish the house at 707 Clarke Ave.

The next meeting will be October 3rd.