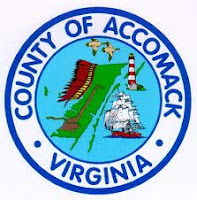 The Accomack County Planning Commission will hold its regular monthly meeting Wednesday night at 7pm at the Board of Supervisors Chamber in Accomac. It will hear again, the case of a Maryland developer Atlantic Town Center LLC seeking to build near Atlantic. He will ask the Planning Commission to revisit a decision against allowing a large sewage treatment plant to be built in the village of Atlantic.

A letter from the attorney representing the company states that he has written language to change the ordinance to allow sewage treatment plants to be placed on agriculturally zoned land which was the basis on which the proposal was rejected earlier this year.

The developer and his attorney will ask the Planning Commission to revise that ordinance to allow the treatment facility to be constructed.
A group of Atlantic are outraged over the attempt to circumvent the existing ordinance. In a letter to area residents urging them to attend the meeting, Ronnie Thomas who appears to be heading up the protest says,"we cannot believe that the county would even consider letting an outside developer come into the county, rewrite its laws and zoning ordinances that are designed to protect its citizens and their interest. The issue has already caused much tension in the community and has put the Board of Supervisors on alert that they may have a serious decision to make involving this matter."

The letter goes on to say that the group it represents does not oppose the developers plans for construction of The Atlantic Town Center. But they do oppose the project if the result is shipping raw sewage and waste water to a sewage treatment facility in Atlantic.
The letter  also goes on to urge residents to come to the meeting to protect their rights and hold their elected officials accountable for their actions. It also states that if approved this change will effect all property owners in Accomack County and that in the future residents will have no say over a sewage treatment plant being built next to your home.


The group urges anyone with questions to contact Thomas at 824-3012 for more information.

Source;  shoredailynews.com
Posted by jmmb at 7:05 AM