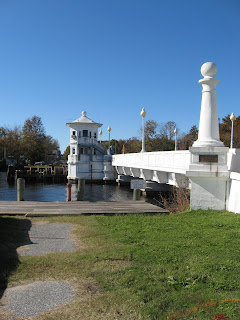 POCOMOKE CITY -- The Pocomoke City Council has decided to hold a special election in conjunction with the next general election, April 3, 2012, to fill the vacant seat in District 1. The seat became vacant when longtime City Councilman Robert L. Hawkins was killed in a car crash.

The person named in this election will stand for election again in April 2013, when the District 1 term of office ends.


Under the terms of the charter, the council could have left the office vacant until the April 2013 election, appointed a qualified person to fill the vacancy for the balance of the unexpired term or held an election immediately for the remainder of the unexpired term.
The council decided to take this approach since the filing for the 2012 election begins in January. Anyone interested in the District 1 seat, or one of the other two that will be up for election, must file candidacy papers by Feb. 3. The other two districts up for election are District 4, presently represented by Tracey Cottman, and District 5, now represented by Robert Clarke. Candidates must be residents of the districts in which they run.
The deadline for registering to vote in April's election is March 2. To be eligible to register, a person must be at least 18 years old, a U.S. citizen, a resident of Maryland for the past six months and must have been a resident of Pocomoke City for at least 30 days prior to the election.

In commenting about the upcoming special election, Mayor Bruce Morrison said the 1st District is large, and he felt he could not appoint someone to fill the seat. Also, he said, he learned that there were at least three people interested in the post.
Pocomoke's elections fall on the first Tuesday in April, so this year it's April 3.
Source;  http://www.delmarvanow.com/article/20111213/NEWS01/112130359/-1/NLETTER01/Special-election-set-for-council-position?source=nletter-news
Posted by jmmb at 9:18 AM