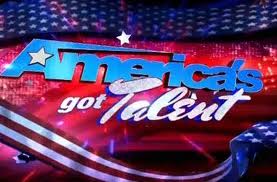 Written by
Carol Vaughn
Staff Writer
SAXIS — A Saxis native is waiting to hear whether his dream of pursuing a singing career could take a major step toward becoming reality, after he auditioned recently for the television show “America’s Got Talent.”

Larry Linton, 41, who currenly lives in Pocomoke City, Md., traveled to Charlotte, N.C. on Saturday, where he was one of an estimated 10,000 hopefuls gathered in what AGT officials said was a record turnout for show auditions at the location.


The show features a variety of acts competing for a $1 million prize and celebrity judges Sharon Osbourne, Howie Mandel and Piers Morgan. Season seven airs this summer on Tuesday nights, with the season premiere May 31.

Word began to spread locally of Linton’s adventure this week when Red Miller — host of the Shore Made Music radio show, which airs Monday nights at 7 p.m. on WESR — posted his phone interview with Linton on Facebook.


“How it all started was my daughter put my name in,” in November, two days before his granddaughter was born, Linton said. She told him about it only after receiving word that his act had been accepted and he should come to a live audition.


Sadly, his infant granddaughter died when she was only three weeks old.
“When that happened, that’s when I really made my mind up and said, ‘I’m going to do this for her,’” Linton said of the tragedy.
Several family members including children and grandchildren accompanied Linton to the audition, all of them wearing T-shirts his stepdaughter had made for the occasion, reading “Go, Larry.”


If he should be fortunate enough to win the ultimate prize on AGT, Linton plans to donate a portion of the prize money to a charity that fights SIDS, or sudden infant death syndrome, in memory of his granddaughter.


Linton, who sings locally at weddings and karaoke events and who is a former drummer and singer with area band MindzEye, sang “Faithfully,” made famous by the band Journey, for his a cappella audition before an AGT judge.


He was the last in his group of five contestants to perform and thinks his act caught the female judge’s attention. “I got up there and sang...She looked at me and goes, ‘Larry, right?’...I didn’t see her do that to anybody else.”
MORE
Posted by jmmb at 7:05 AM