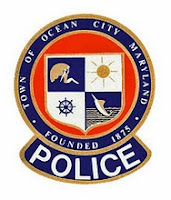 On June 17, 2012, at approximately 1 a.m., Ocean City Police were in the area of 17th Street and Philadelphia Avenue when an employee of a nearby business told officers that someone had just attempted to pass a $20 counterfeit bill.  Officers, who met with the employees and reviewed surveillance images of the incident, identified the suspect as Christopher Dale Miller, 28, of Berlin.
Ocean City Police received numerous calls from businesses over the course of the investigation regarding counterfeit currency being passed. Investigators, who identified Miller from the initial incident, linked him to the additional cases involving counterfeit currency.
In addition, detectives identified a second suspect involved as Kevin Michael McCarthy Jr., 27, of Ocean City.  In all, approximately 31 counterfeit $20 bills were recovered and eight businesses were victimized.
﻿ ﻿Miller and McCarthy were charged with multiple counts of issuing and manufacturing counterfeit currency and theft.  Miller was arrested and charged through a warrant on June 20, 2012.  He was seen for an initial appearance by a District Court Commissioner for and then transferred to Worcester County Jail on a $25,000 bond.  McCarthy was charged on a warrant on July 16, 2012 and has not yet been apprehended by police.
Ocean City News Release
Posted by jmmb at 8:55 AM