Unattended Death Being Investigated by OCPD 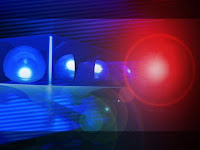 On January 26, 2013, at approximately 1:30 a.m. Ocean City Police and Paramedics responded to 216 Somerset Street, in reference to a subject who was found unconscious on the street outside of the Harbor Inn bar.

EMS and Police personnel arrived at the scene and located an unresponsive male. The male was taken to Atlantic General Hospital where he was pronounced dead. The male has been identified as Michael Eric Post, 39, of Ocean City, Maryland.

Ocean City Police are currently investigating this incident as an unattended death. The deceased remains will be taken to the Office of the Chief Medical Examiner of Maryland in Baltimore for autopsy to determine the manner and cause of Post’s death.