Worst Snow Storm In Over A Century

The worst snow storm to hit the Eastern Shore in December in over a century has passed but the effects are still being felt.

High winds began howling Sunday night just after sun down and continued throughout the day Monday and into Tuesday, reaching gusts as high as 50 mph. These high gusts have created large snow drifts, as the snow was still dry and fluffy.

Road ways were blocked by the snow drifts, and motorists who did not heed warnings of the hazardous conditions have left cars stranded on a slew of roads throughout the Eastern Shore, further blocking roadways.

According to Meteorologist Jon Cash, sun shine and higher temperatures today will begin to melt the snow. This in turn will make the snow more moist, heavy and less likely to be blown by the wind. High temperatures are expected at the end of the week which will likely rid the region of any remnants of the storm by the weekend.

However, motorists are still urged not to travel. Cars which get stuck in snow drifts will further block traffic and create more difficulties for VDOT to clear the roadways.
WESR

The four-month review of the Virginia Department of Transportation's finances shows that the recouped cash combined with steps to redirect other state funds will add $614 million to backlogged road maintenance and construction projects through June 2011.

Gov. Bob McDonnell, who ordered the audit in April, plans to release the findings and remedial steps the administration will take at a news conference this afternoon. The Republican unsuccessfully called for a private VDOT audit two years ago, while still attorney general, and pledged one while campaigning for governor in 2009.

The findings depict a VDOT central office where "burdensome internal processes and financial controls" allowed millions of dollars in cash to languish, sometimes for years, after projects it was intended to fund became inactive.

Auditors did not find any fraud or criminal misconduct relating to agency operations.

"The process is broken," Connaughton said. "Even though we have modern technology and a lot of modern practices employed in the actual construction operations, the processes that support those are still in the paper and memo stages. They've never gone back and looked at the processes they have employed for a very long time."

The Richmond-based accounting firm of Cherry Bakaert & Holland found that dwindling state revenues during a sharp recession made VDOT extremely conservative in committing money to projects starting in 2006.

In 2009, with Kaine's administration decrying deep fiscal woes, he ordered 19 of Virginia's 42 rest areas closed at a savings of $9 million annually. Other measures included sharply reduced mowing on highway rights of way, reduced freeway motorists' aid patrols and ending the $21,000 annual state stipend for the historic Hatton Ferry on the James River, the last known hand-poled ferry in the United States.

The tight finances led to layoffs at VDOT, and the Commonwealth Transportation Board last year made cuts to its six-year master road projects program by about $4.6 billion.

But in fiscal year 2010, VDOT left $488 million in maintenance allocations unspent and, by this past June 30, the unspent balance had grown to $529 million, the audit found.

Kaine, chairman of the Democratic National Committee, would not comment on the audit before seeing its details, spokeswoman Lynda Tran said yesterday.

The audit concludes that by procrastinating for months each year in obligating federal highway funds for Virginia projects, VDOT often pushed contracts late into the calendar year, often missing the prime summer construction season. For instance, the agency in federal fiscal year 2010 received $826 million from the U.S. government, but after six months had obligated only 5 percent of the money.

There was little monitoring of unused federal money for dozens of canceled or dormant projects. It averaged about $130 million a year that could have been redirected elsewhere, the audit found.

VDOT commissioner Gregory A. Whirley said that if a project is completed or canceled and there's still money for it, the money should be moved to another project.

"That money was just sitting there," he said.

McDonnell last year proposed selling the state-owned liquor monopoly to raise about $500 million to jump start deferred maintenance. But as he became aware of the cash and savings the audit was uncovering, McDonnell altered his proposal, recommending that profits from auctioning liquor store licenses be plowed into an "infrastructure bank" to finance new projects, not maintain existing roads.

Other faults found during the audit included: taking months -- sometimes a year -- for VDOT to hire private road design consultants; poor communication between VDOT's district headquarters across the state and the central office; and outmoded criteria for assessing how well the district and central office professionals manage projects. 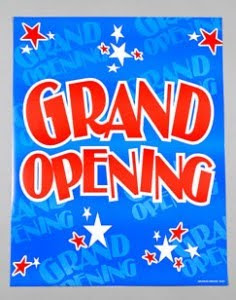 The Grand Opening Ceremony of the new Chincoteague Bridge on September 25 could become an annual event drawing people from all ends of the country. Currently, talks surrounding the event are focusing on creating an annual Chincoteague Marathon to honor the bridge.

Joe Lowry, a consultant of VDOT, said there are currently 3 different plans being discussed, but the one being seriously considered is the marathon. The marathon would be a half marathon, or roughly 13.1 miles, and would be sanctioned by the National Track Association. Lowry predicted the marathon could become a large off-season event which would held businesses on the Eastern Shore after the summer tourism season ends.

Along with the marathon there would be a health and fitness expo where residents and runners could learn how more about staying healthy. Vendors would take part in the event.

Lowry predicted an event such as this would draw up to 1,000 runners. The entry fee would be between $25 and $35 per runner. To set up the marathon and hire medical personel would cost approximately $10,300.
www.shoredailynews.com
Posted by jmmb at 7:00 AM No comments:

The Virginia Department of Transportation has an idea on how to save some money but they need some volunteers on four wheels.

Liz Hansen showed us how the grass in her west Mclean neighborhood has grown waist high.

"It used to be a great place where you'd have Fourth of July picnics... tick haven and everything else," said Hansen.
VDOT says $20 million in budget cuts has meant fewer summer mowings and not mowing as far off the street. While it will still make sure motorists can see safely.

VDOT's Jennifer McCord said, "That grass still can be taller than some citizens like to see, especially in their neighborhoods, so now there's a process in place where motorists and citizens can apply to mow those areas."

Volunteers can sign up to mow a specific stretch, similar to the Adopt-A-Highway Program. VDOT will issue safety vests and signs, but that's it. Some say that lack of extra help from VDOT is a problem.

Jonathan Rokita said, "I think it'll be hard for them to find volunteers to bring their own equipment, their own gas, their own time. They've got their own lawns to mow."

"First, they close all the rest stops, then they reopen them and now they're wanting people to mow? I hope they have good insurance," said Barbara Gribble.

Others say, everything's getting cut these days, so why not the grass, too?

Rebecca O'Neill said, "There's nothing wrong with asking for volunteers. They're not being forced to do it."

"If people have the time and the means to, why not?" asked Jean-Jacques DeMontebello.

VDOT says they won't ask for volunteers to mow along major roads and that safety comes first. To get contact someone in your community about mowing the grass for VDOT, call 703-383-VDOT.
www.wjla.com
Posted by jmmb at 7:31 PM No comments: